2023 Hillman Prize Call for Entries: On Now Through Jan 30 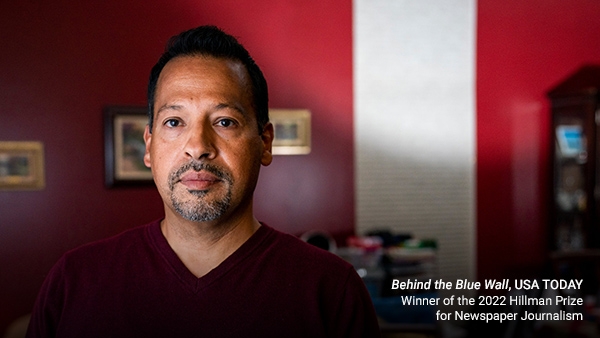 The Sidney Hillman Foundation is now accepting entries for the 2023 Hillman Prizes honoring excellence in investigative journalism and commentary in service of the common good.

The 2023 Hillman Prizes will be awarded in the following categories:

Entries must have been published/broadcast in 2022 and have been made widely available to a U.S audience. Your material and a cover letter explaining how the entry meets the requirements can be submitted here. There is no fee to enter.

Hillman Prize winners will be awarded a $5,000 honorarium and a certificate at an event to be held in person, in New York City, on May 9, 2023.

“The Hillman Prizes go to watchdog journalists who bring us the stories of the marginalized and voiceless and hold power to account,” said Alexandra Lescaze, executive director of the Sidney Hillman Foundation. “Investigative journalism is a cornerstone of a well-functioning democracy and has the potential to initiate the public policy changes that move societies forward. The Hillman Prize is an acknowledgment and a token of gratitude for their essential work.”

Since 1950, the Sidney Hillman Foundation has honored journalists, writers and public figures who pursue investigative journalism and public policy for the common good. Sidney Hillman was the founding president of the Amalgamated Clothing and Textile Workers Union, a predecessor of Workers United, SEIU. An architect of the New Deal, Hillman fought to build a vibrant union movement extending beyond the shop floor to all aspects of working people’s lives.