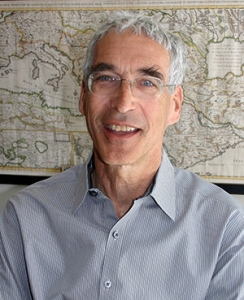 Professor Freeman has written extensively about the history of labor, industry, modern America, and New York City. Most recently, he edited a collection of essays, City of Workers, City of Struggle; How Labor Movements Changed New York, published by Columbia University Press in conjunction with an exhibition on the history of labor movements in New York at the Museum of the City of New York.  Behemoth: A History of The Factory and the Making of the Modern World, was published by W.W. Norton in February 2018 to widespread acclaim. A Brazilian edition of Behemoth was published in March 2019; Chinese, Korean, and Vietnamese editions are forthcoming.

Previous books by Professor Freeman include American Empire, 1945-2000: The Rise of a Global Power; the Democratic Revolution at Home, a volume in the Penguin History of the United States; Working-Class New York: Life and Labor since World War II; In Transit: The Transport Workers Union in New York City, 1933‑1966; Audacious Democracy: Labor, Intellectuals, and the Social Renewal of America (with Steve Fraser); and Who Built America? Working People and the Nation’s Economy, Politics, Culture, and Society (co-author). He has written for The New York Times, The Washington Post, The Daily News, Newsday, and The Nation and many academic journals, including Journal of Social History, Business History Review, Labor History, International Labor and Working-Class History, Labour/Le Travail, and Journal of American Ethnic History. He served as co-editor of International Labor and Working-Class History and was a long-time member if its editorial board. Freeman is currently on the editorial committee of Labor: Studies in Working-Class History. For four years he wrote a column for Transport Workers Union Local 100 Express about the history of the union. He has received the New York Society Library Book Prize for History, the Philip Taft Labor History Book Award, the John Commerford Labor Education Award, and fellowships from the American Council of Learned Societies, the National Endowment for the Humanities, and the CUNY Advanced Research Collaborative.

Freeman has appeared in a number of television documentaries, including Blackout” (American Experience, PBS, 2015); “Red Metal: The Copper Country Strike of 1913,” (PBS, 2013); “Nightmare in the City that Never Sleeps” (BBC Current Affairs, 2007); “Kong’s New York, 1933” (Special Edition DVD of “King Kong,” 2006); and Ric Burns’s “New York” (PBS, 2000-01). He served as an Organization of American Historians Distinguished Lecturer and has spoken widely, including to many labor groups. He has been an advisor for exhibits at the New-York Historical Society, the Museum of the City of New York, the Newark Museum, and the Brooklyn Historical Society. Professor Freeman lives in New York City.