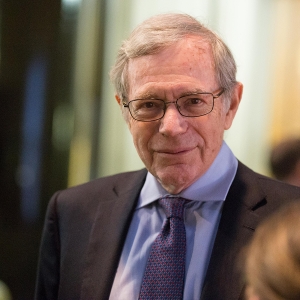 Eric Foner is one of this country’s most distinguished historians. His deep and extensive scholarship has reshaped the way Americans understand the history of their country, especially the Civil War and its aftermath, race relations, and the ongoing struggle for freedom.  His books have received every major prize for historical writing, including the Pulitzer Prize, the Bancroft Prize, the Parkman Prize, and the Lincoln Prize.  He is one of only two persons to serve as president of the three major professional history organizations: the Organization of American Historians, American Historical Association, and Society of American Historians.

Professor Foner is not usually thought of as a labor historian. Yet throughout his career he has been concerned with how political, economic, and social struggles have shaped and been shaped by the lives and activity of ordinary working people. This is perhaps most evident in his writing about Reconstruction. Until Eric’s 1988 book, Reconstruction, 1863-1877: America’s Unfinished Revolution, the era after the Civil War was still largely portrayed as a time of corruption and misadventure, echoing the views of racist Southern propagandists, and ignoring the work of pioneering scholars like W.E.B. DuBois. Foner’s meticulous study showed how after the destruction of slavery, former slaves joined with northern reformers and white Southern farmers and workers in a heroic effort to create a democratic, biracial society. While chronicling politics on the national scale, Foner also brought to life the South Carolina former slave rice growers, the upland white farmers, the freed cotton plantation workers, the white and black artisans, and the Union army veterans who plunged into the struggle for freedom and equality. After the publication of his book, no one could think of Reconstruction in the same way again. Working people appear again and again in Professor Foner’s work, from his study of Tom Paine, the great artisan radical who not only was the greatest propagandist for American independence but also the creator of a democratic vision that animated the early labor movement, to his more recent book, Gateway to Freedom: The Hidden History of the Underground Railroad. Though never pollyannish, Professor Foner’s scholarship has revealed and illuminated the deep strains of democratic, radical thinking in the history of the United States.

The longtime DeWitt Clinton Professor of History at Columbia University, Eric Foner taught generations of students about the history of slavery, the Civil War, Reconstruction, and the American radical tradition, hundreds of whom have gone on to become scholars, lawyers, judges, and journalists whose work has embodied the democratic and egalitarian values inherent in his view of the past. Professor Foner also has worked tirelessly to bring an understanding of history to a broad public, through museum exhibitions he has curated, his many television and radio appearances, his op-ed articles, his consulting with the National Park Service, and even an effort to get Disney to get history right in its theme parks. His best-selling survey textbook of American history, Give Me Liberty! An American History, puts the struggle of workers, women, non-whites, and normally marginalized groups at the center of the story of the United States.

Eric Foner comes from a family deeply involved in the labor movement and the fight for racial justice. Two of his uncles, Moe and Henry Foner, were leading union officials, while his father and uncle, Jack and Philip Foner, were pioneer scholars of labor and African American history.  In their spirit, his work has brought our understanding of the lives and struggles of working people to new levels of depth and sophistication, transforming our understanding of the history of labor and social justice in the United States.