“We want a better America”

These words were spoken by Sidney Hillman, President of the Amalgamated Clothing Workers of America, at its 15th Biennial Convention in May, 1946. Two months later, on July 10, 1946, Sidney Hillman was dead.

His passing was felt as a deep personal loss by men and women in every walk of life. Before long, the union, which he had led since its founding in 1914, was besieged with requests to create a living memorial to the man who had become the spokesman for progressive industrial democracy. The General Executive Board of the A.C.W.A responded on November 17, 1946, by voting to establish The Sidney Hillman Foundation.

On December 11, 1946, the Board contributed the first $100,000 toward the Foundation, and additional contributions came from many sources, notably from Amalgamated members, locals, and joint boards; from the Textile Workers Union, which Hillman helped create, and from the clothing manufacturers, who had long recognized that Hillman had done more than anyone else to bring stability to a chaotic industry. Within a few months, a fund of $1,000,000 was raised, and early in 1947, the Board of Directors voted the first grants.

In early years, the foundation made grants of tens of thousands of dollars for scholarships, research, and lecture series on college campuses. The Foundation has also made several large grants to support medical research at the Sidney Hillman Health Centers in New York and Philadelphia.

Deeply concerned with the responsibilities of a free press, the foundation launched the Hillman Prize program in 1950, and it continues today. The program aims to honor and foster investigative reporting and deep storytelling in service of the common good.  Since 1950, the Hillman Prize program has honored contributors to the daily, periodical, and labor press, as well as authors and broadcasters.

The very first daily press winner was the great liberal columnist Murray Kempton. In later years, photojournalism and, most recently, web and opinion and analysis were added as prize categories.

The Sidney Hillman Foundation has sought to illuminate the great issues of the day—from the search for a basis for lasting peace, to the need for better housing, medical care, and employment security for all people, the promotion of civil liberties, democracy and the battle against discrimination based on race, nationality, or religion.

Perhaps better than any other labor leader or statesman of his time, Hillman understood the breadth of working peoples’ needs. He devoted his life not only to the labor movement, but also to the service of the community as a whole, by seeking equitable solutions to the great issues confronting the nation. Thus the Sidney Hillman Foundation not only stands as a living memorial to the first president of the Amalgamated, but also strives to carry on his life-long work for a better America. 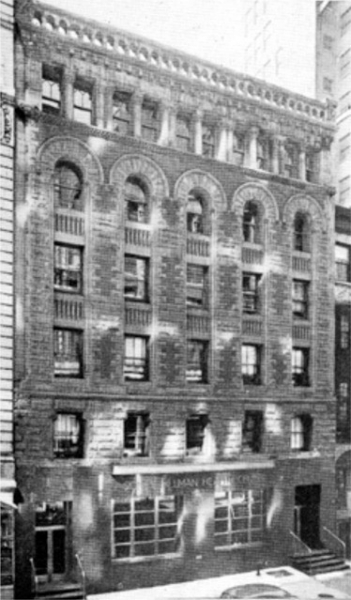