Levinson analyzed 82 police union contracts from some of the nation’s largest cities. A majority of these contracts purge officers’ disciplinary records, sometimes as often as every 6 months, making it difficult to fire officers with repeat offenses. Twenty cities allow officers to forfeit sick leave or vacation time rather than serve suspensions. Other contracts impose hurdles on civilians seeking to file a complaint, including bans on anonymous complaints and requirements that citizens show up in person to register their grievances.

Joseph Hines, then a college student in Columbus, OH, was severely beaten during a 2012 arrest for underage drinking. One arresting officer had 40 citizen complaints against him and the other had 14. The details of many of those complaints are shrouded in mystery because their records had been purged under the terms of their contract.

Nearly half of these cities give accused officers the right to see all the evidence against them before interrogation begins. Police unions call this “due process,” despite the fact that criminal suspects are not given the same opportunity to get their stories straight.

Police discipline hasn’t always been decided at the bargaining table. Over the past 40 years, cash-strapped municipalities have bargained away more and more control over police discipline in lieu of raising wages and benefits.

“Unions exist to protect workers, not to enable workers to oppress other people,” said Sidney judge Lindsay Beyerstein. “Cities have bargained away police officers’ accountability to the general public.”

Reade Levinson is a data and investigative reporter for Reuters in New York. She recently graduated Stanford University with a degree Environmental Science. 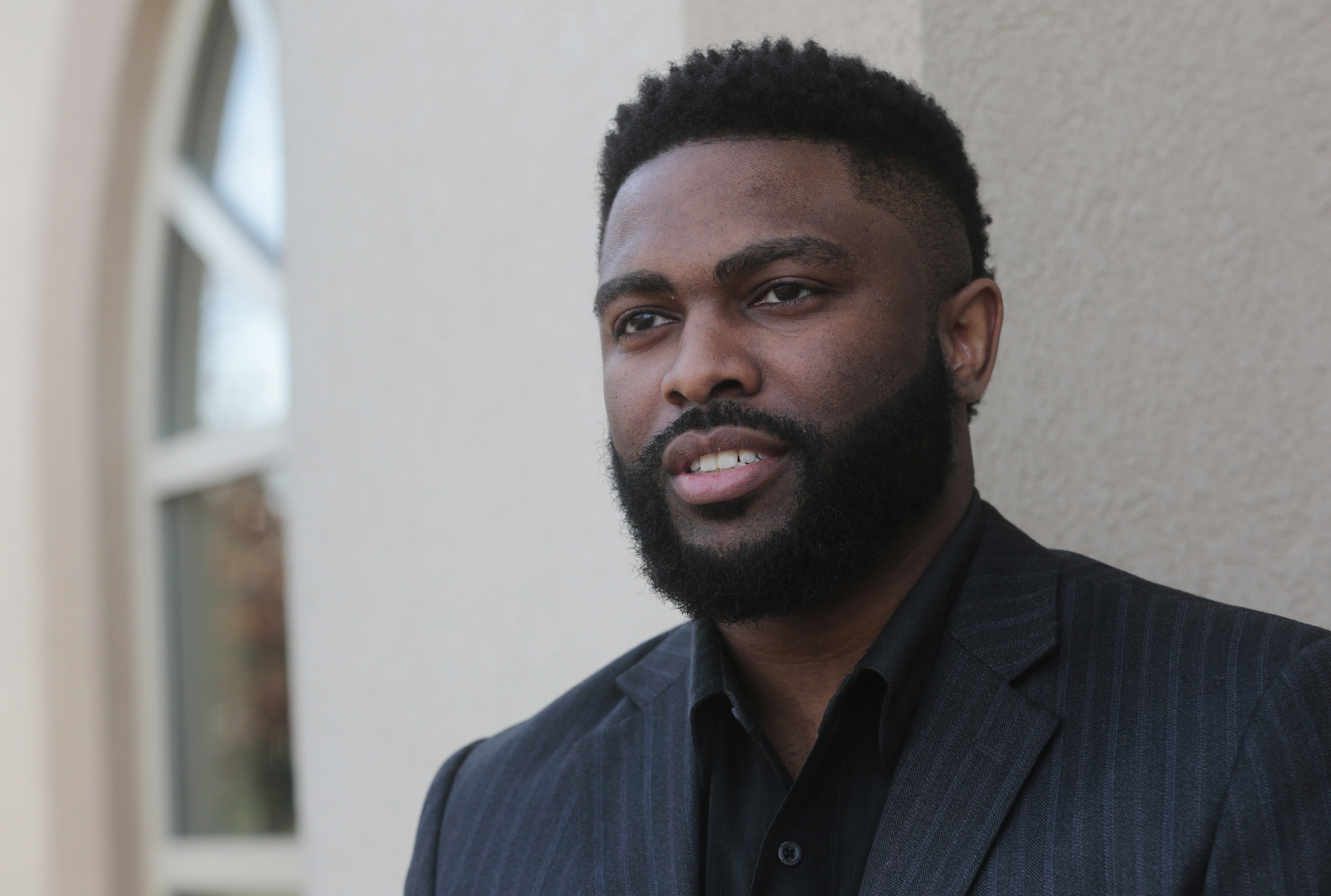 Reuters examined police union contracts across the country and found a pattern of protections afforded officers. One case study: Columbus, Ohio, where Joseph Hines was hospitalized after an encounter with Columbus police when he was a junior in college. The officers initially charged Hines, yet the serious charges were dropped and Hines won a lawsuit judgment. The officers had a history of prior misconduct complaints.
REUTERS/Rebecca Cook

Q: The police always say that “bad apples” are a tiny minority of officers. If so, why are police unions bargaining for so many disciplinary concessions that benefit only the members who get into trouble?

A: One of the goals of police unions is to protect membership, and this extends beyond those found guilty of misconduct. Our article focused on officers with prior histories of abuse, but the language in contracts covering investigations of civilian complaints and internal discipline protects all officers, in some cases, by shielding them from the very accusations that may lead to investigations.

For example, the contract in Glendale, Arizona, is one of nine cities where the union contract restricts anonymous complaints from being investigated. The contract requires the complaining party to sign both the complaint form and also an affidavit of truthfulness. Justin Harris, a Glendale police officer and union representative, explained he wanted the complainant to come in. “There’s a form, and it lets the taxpayer know that if you’re knowingly and intentionally making a false statement, you could be prosecuted.”

Q: Your investigation found many police contracts include provisos that prevent officers accused of wrongdoing from being disciplined. How does that work?

A: Because these contracts are negotiated on a local level, provisions affecting discipline vary from city to city. As the contracts trickled in, we identified themes we were interested in tracking and circled back once we had a more focused interest. We found contracts afforded officers a slew of protections including erecting barriers to civilians complaining of abuse.

Contracts in 17 cities set time limits for citizens to file complaints about police officers – some as short as 30 days. Nearly half of contracts allow officers accused of misconduct to access the entire investigative file – including witness statements, GPS readouts, photos, videos and notes from the internal investigation – before being interrogated.

In many cases, police contracts place limits on transparency. Eighteen cities require an officer’s written consent before the department publicly releases documents involving prior discipline or internal investigations. that make it difficult for the public to hold police departments accountable.

One of the cities we focused on was Columbus, Ohio, where a college student named Joseph Hines was hospitalized after an encounter with two Columbus police officers. The officers were never suspended for the incident. Both officers had a history of misconduct, and Columbus even has a system in place to identify patterns of behavior and recommend counseling. But the union contract prohibits complaints deemed by the department to be unfounded from factoring into discipline. In the department’s view, there is no just cause to discipline without a proven allegation.

Q: Once an officer is disciplined, what can happen to expunge that officer’s record?

A: A majority of contracts call for departments to erase disciplinary records, some after just six months, making it difficult to fire officers with a history of abuses. In 18 cities, suspensions are erased in three years of less. In Anchorage, Alaska, suspensions, demotions and disciplinary transfers are removed after two years.

In Columbus, Ohio, the details of internal affairs investigations are routinely destroyed every four years, per the union contract.

Not only do police contracts affect the disciplinary process, but twenty cities allow officers accused of misconduct to forfeit sick leave or holiday and vacation time rather than serve suspensions.

Q: You analyzed over 80 police contracts. How did you choose the police departments?

A: We began by looking at police union contracts in the 100 largest cities in the country. But we found that some cities didn’t have police contracts, either because the state didn’t allow for public-sector collective bargaining or because the union never negotiated for one. In some cities, the union relied on state-level protections like law enforcement officers’ bill of rights rather than begin the often arduous and expensive process of bargaining. In the end, we analyzed 82 contracts from across the country.

Q: What was your process for gathering the contracts? Did you encounter any official resistance or any notable cooperation?

A: Because each city treats collective bargaining a little differently, we had to be creative in the way we requested data. We started by combing the internet for police contracts. Some cities make public their union contracts on an open data portal or something similar. In other cases, the police union might host a recently negotiated contract on their website for members to vote on.

For the rest, we sent a slew of records requests to cities across the country. Most cities – and police unions – were very cooperative. In some cases where requests to the city took some time to process, we received contracts directly from the union. We began collecting data as early as June 2016. As our reporting continued, we checked back in with cities where contracts had expired to request updated versions.

We consulted with law enforcement experts to identify common provisions affecting accountability and as the contracts came in, we built a database to track and compare these provisions across the country. We were astonished by the breadth of protections afforded officers.

A: One of the biggest takeaways, for me, was learning how empowering information can be. When we began this investigation, cities in the midst of negotiations often didn’t realize many of the barriers they faced were part of a larger trend in police contracts. Many citizens, like Joseph Hines, who were injured by police often weren’t aware that the police contract had an impact on the investigation proceedings.

Next up, I plan to continue combining field reporting with data analysis to report on law enforcement under the new administration.