From 2007-2015 the number of U.S. journalists at daily papers dropped from 55,000 to 32,900, not counting the buyouts and layoffs last fall. Older journalists were particularly hard-hit, and older women were among the hardest-hit of all.

Maharidge spent six months interviewing these downsized journalists. His subjects shared their anger, their confusion, and their frustration at an industry that cast them aside at the peak of their skills. Age discrimination bars many established journalists from bouncing back after a job loss: a former war correspondent drives for Uber, a career photojournalist caters pizza parties, and a reporter in her seventies struggles to navigate the freelance market.

And Maharidge found up-and-coming journalists craving veteran advice: “A young newspaper journalist in the intermountain West said, “I’m 24, and I feel like I’m already one of the better journalists in the state. I absolutely should not feel that way, but it’s because the good older ones are dropping off. What I want more than anything is to be surrounded by people who could take my work and hack it up, show me all the ways it could be better.”

“Hillman’s mission is to ensure that quality journalism survives and thrives. We felt it was our duty to help shine a light on this reality,” said Sidney judge Lindsay Beyerstein. “Our democracy depends on having seasoned reporters asking tough questions.”

Dale Maharidge is a professor at the Graduate School of Journalism at Columbia University. For many years, he was a newspaperman, in Cleveland and Sacramento. He is the author of 10 books, including “And Their Children After Them,” awarded the 1990 nonfiction Pulitzer Prize. 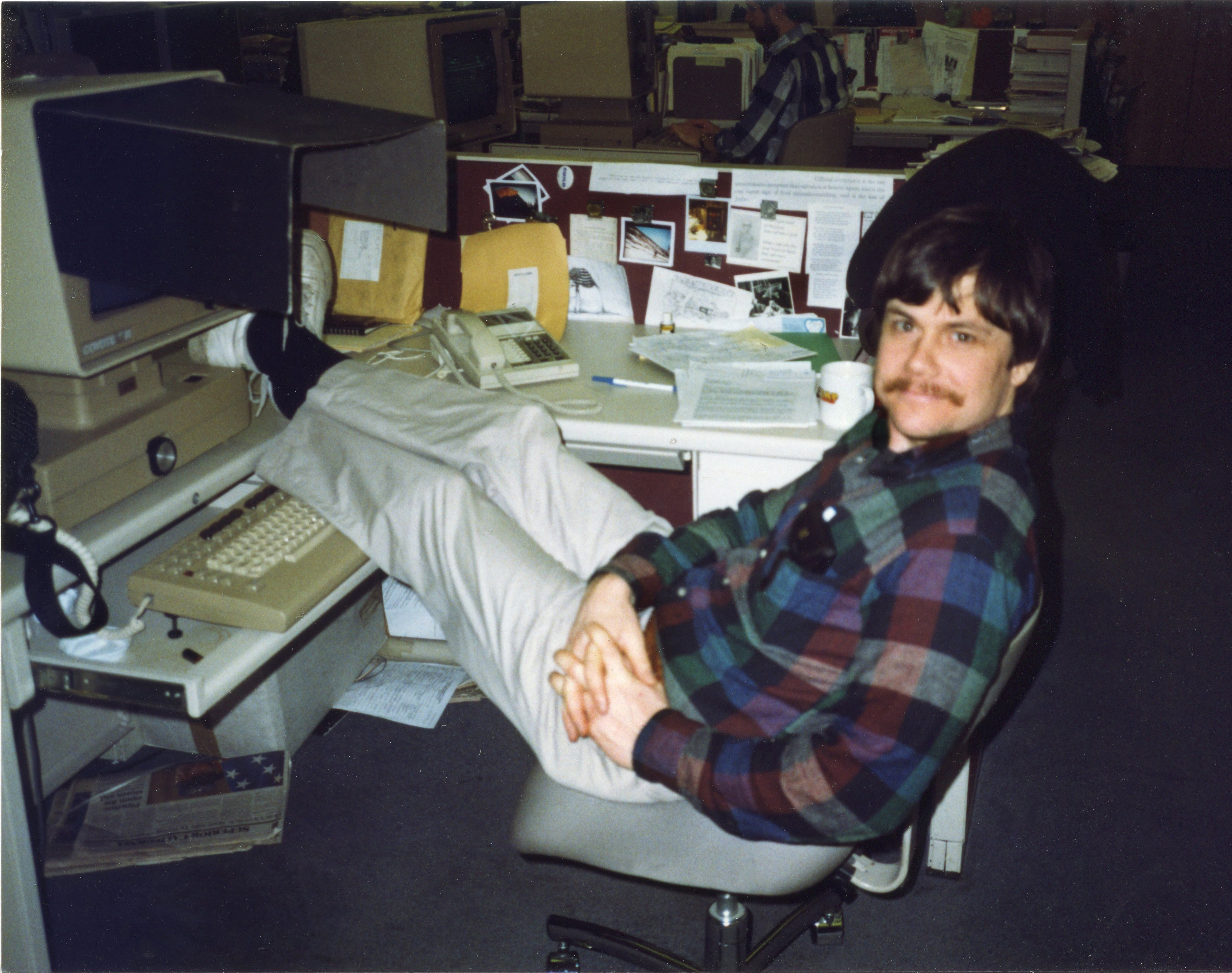 Dale Maharidge in the Sacramento Bee newsroom in the late 1980s

Q: What inspired you to write about age discrimination and job loss in journalism?

A: Actually, it wasn’t my idea. It came from Lizzy Ratner, my editor at the Nation. She and her colleagues had been talking about journalists they knew, how depressed and desperate some had become. Lizzy wanted me to do the human story, something with “soul,” not the abstract version that had been told so many times. That’s why I jumped on this assignment. It’s the first national magazine story (that wasn’t an excerpt of one of my books) that I’d taken on since 2007. I’ve been focused on writing books in recent years. The opportunity to produce this article was important–not only for the 22,000-some downsized daily newspaper journalists, but for our democracy.

Q: Some of the subjects of the piece are also your friends. Was this a difficult subject to write about?

A: Oh yeah. I knew the reporting was going to be tough–but it was even more difficult than I had expected. I was a newspaperman for fifteen years. I left the newsroom in 1991 to teach journalism, at Stanford and Columbia. Between my old coworkers and former students, I know a lot of journos affected by the downsizing. I started with them. The emotional devastation I discovered was stunning. Hilary Abramson, my former desk mate at the Sacramento Bee, told me she wouldn’t have talked with anyone else. I felt a grave responsibility to get her story, and the others, right. It wasn’t a piece that was going to get done fast. I had to build trust even with friends, and those I didn’t know. I was often rebuffed. Even on subjects less sensitive than this, journalists can be the most difficult interview subjects. We’re suspicious by nature, and some people treated me like a snake oil salesman trying to sell snake oil to another snake oil salesman. I certainly don’t believe this is true–but that’s the vibe I felt. I started reporting in July and finished up with the piece in March–six hard months.

Q: How have your subjects reacted to the piece?

A: I’ve heard from all but one, and the responses were quite positive. I viewed this piece as an elegy and it was reported and written with love.

Q: Former LA Times exec Nicco Mele told you that up to half of the 50 major dailies could go bankrupt in the next three years. Do you agree?

A: Mele deals with the business aspect of journalism, foreign to me–I’m a street-dog reporter–so he probably knows a lot more than I do about this. I can only hope he’s wrong. I’ll quote the great editor Frank McCulloch, who David Halberstam called “civilized macho” in The Powers That Be. I crossed paths with Frank at the Bee in the 1980s and I’ll never forget one thing he told me. “Dale,” he said, “it’s not that journalists are cynics. They’re hopeless idealists.” The idealist in me wants to see these papers make it for the sake of our country.

Q: The stereotype is that journalism treasures its grizzled newsroom veterans. This isn’t true anymore. Was it ever true?

A: What’s true is that journalism was always a craft in which knowledge was handed down by elders to young people. I came up through newsrooms this way. Some amazing older journalists mentored me. Young people have always valued this. But I don’t want to romanticize things. A newsroom was never a graceful place to grow old. Many top editors didn’t treasure them. These guys–they were usually men wearing suspenders just like the big boss–viewed reporters and photographers in their fifties as freaks. Their attitude was, “Why aren’t they an editor like me? Something must be wrong with them.” I sometimes saw the top brass try to push out these older journos, or cast them aside. This was not universal, of course. But it happened a lot.

Q: Do you see a way to bring downsized older journalists back into the profession?

A: Heck yeah. We need investigative reporting now more than ever. The film Spotlight is just one example of why. The decades that it takes to master the skills needed for deep-dive reporting are going to waste. A myth is that journalism is dying. Newspapers may not be doing well. But there are plenty of Internet-only sites doing fantastic work, and thriving. I’d like to see more seasoned veterans migrate to them. I connected one of the subjects in my story to someone I know funding good journalism on some of these sites, and I’m excited about him making this transition.