Sequestration is a package of across-the-board budget cuts for federal agencies that will slash $109 billion in 2013 and $1.2 trillion by 2021. Sam Stein has been chronicling the impact of these cuts since sequestration went into effect this spring.

Every American has the constitutional right to an attorney if they are charged with a crime, but sequestration has gutted the federal public defender system. Stein found that public defenders have stopped hiring investigators and expert witnesses, defendants are spending more time in jail waiting to be assigned a public defender, and are being assigned private attorneys, who actually cost the government more than the PDs they are replacing.

Sequestration is threatening the United States’ preeminence in science and technology. The cuts have squeezed research so hard that one in five scientists is considering leaving the country. A distinguished professor of ophthalmology told Stein that sequestration had forced him to euthanize the “beautiful, rare” transgenic rabbits he used to seek cures for blindness in humans.  “We petted them, played with them, fed them treats. Now they are dead. I blame Congress directly for that,” the professor wrote.

“This month, we honor Stein for his outstanding and tenacious reporting on sequestration,” said Sidney judge Lindsay Beyerstein, “he is shining a spotlight on a terribly disruptive process that risks becoming the new normal without ongoing, hard-hitting coverage.”

Sam Stein is the Political Editor and White House correspondent at the Huffington Post, based in Washington, D.C. Previously he has worked for Newsweek magazine, the New York Daily News and the investigative journalism group Center for Public Integrity. 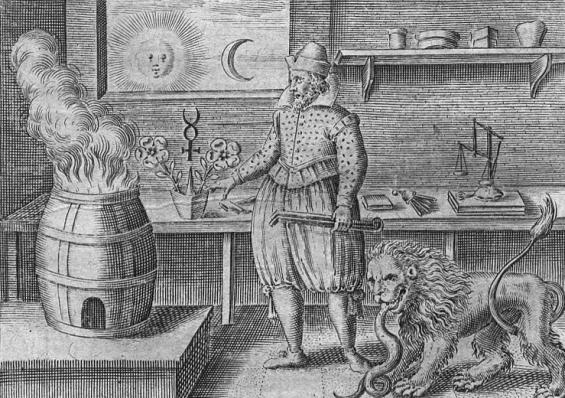 Q: Give us a brief summary of what sequestration is, and how it’s affecting the federal government.

Sequestration refers to the automatic federal budget cuts that went into effect in the spring of 2013. All told, there will be a roughly $1 trillion reduction in federal spending over the course of a decade because of sequestration, with about half coming from defense and the other half coming from non-defense discretionary spending and Medicare savings.

The effect on the federal government has been and will continue to be tremendous. The programs that are being cut are being asked, in many cases, to achieve a five-percent reduction in their budgets. That has meant fewer staff members and services for programs like Head Start and Meals on Wheels, furlough days for Pentagon employees and other government officials, and less financial help for federal public defenders and scientists dependent on government grants.

Q: Every American has the constitutional right to an attorney if charged with a crime. How is sequestration interfering with that right?

Many defenders have stopped hiring investigators, closed offices, let go of staff and furloughed others. One office we talked to is considering forcing employees to take a staggering 97 furlough days this upcoming fiscal year if sequestration isn’t ended. At another office, the manager decided to fire himself rather than get rid of a handful of more junior, less-expensive people.

As a consequence, federal public defenders have been forced to take on fewer cases and have taken longer with the ones they do tackle. That’s meant that some defendants have remained in jail longer waiting for a trial. Now, those in need of a lawyer will still get one – that constitutional right still exists. If a public defender isn’t available, defendants are assigned a private, court-appointed attorney. But those attorneys actually cost the government more money, which underscores just how short-sighted sequestration actually is.

Q: What has been the effect of sequestration on federally funded scientific research?

Scientists dependent on federal funds to conduct their research have been hit hard by sequestration. There is, simply put, not as much grant money available now, compared with years ago. Projects that would have received funding in years past no longer make the cut. In some cases, that’s meant that scientists whose efforts have enjoyed funding for decades suddenly find themselves without money to continue their work.

Many researchers we spoke to said they have had to let go of workers or narrow the scope of their research. A few said they’ve had to kill off the mice colonies upon which they were conducting experiments. Others are contemplating moving to another country where the funding climate is better. In the short run, the impact may not be noticeable. But in the long run, it will mean fewer medical breakthroughs and, in turn, higher-than-necessary health care costs.

In addition, many scientists told us that they are having trouble drawing young students and researchers into the profession. Fewer people see it as a fulfilling or stable field and, instead, are inclined to look for work elsewhere.

Q: We’re heading into flu season. What would happen if there were a flu pandemic while sequestration is on?

The director of the National Institutes of Health, Dr. Francis Collins, said in an interview that he believes we are potentially five years away from finding a universal flu vaccine. But on the doorstep to such a discovery, the financial rug has been pulled out from underneath him and NIH.

Now, Collins is working to insulate NIH’s flu vaccination work from those budget cuts. But sequestration will likely result in the project taking longer to complete. Were a worldwide pandemic to emerge in the interim, we will be forced to ask ourselves: Could a vaccine have been in place?

Q: Do you see any way to end sequestration?

This is the great unknown. There is virtually no one in Congress who thinks that sequestration was a good idea. But the two parties oppose it for different reasons. Republicans are upset with the defense cuts and some other aspects. Democrats largely believe that there should have been tax hikes instead of spending cuts in the first place. And so, while no one likes the policy, there is very little chance that an agreement will be struck to replace it. After all, lawmakers had more than a year to come up with a replacement to sequestration prior to it going into effect, and they failed to do that.

The only real shot — at least at this juncture — is that the two sides come together around some larger budget deal that turns sequestration off. But few people think that will happen. It’s far more likely that sequestration continues, with lawmakers lamenting the consequences of their own inaction.