NEW YORK: The Sidney Hillman Foundation announced today that Tom Gogola has won the August Sidney Award for his story “Bycatch 22,” published in New York magazine with support from the Investigative Fund of the Nation Institute.

Gogola reported that millions of pounds of edible fish are being tossed back into the sea due to dysfunctional federal regulations. Gologa witnessed the colossal waste first-hand while working on a fishing boat in the mid-2000s.

Commercial fishermen are forbidden from keeping any accidentally caught fish that are undersized or out-of-season. The rule is not without its logic: If fisherman were allowed to profit from out-of-season fish, they’d have an incentive to fish all year which would not be sustainable. Unfortunately, however, they can’t avoid catching these fish during the approved season. So perfectly good sea bass, flounder, and tuna get flung back into the sea, dying or already dead.

“We’re wasting fish as we try save them,” said Hillman judge Lindsay Beyerstein. “Gogola’s reporting highlights a serious but little-known problem and suggests new ways for fishermen and regulators to work together to feed more people, waste less fish, and preserve the resource for future generations.”

Key findings from the piece include:

Gogola lives and writes in New Orleans and Montauk, New York. He is the former editor of the Fairfield County Weekly, in Bridgeport, Conn., and has written for numerous publications, including Newsday, New York, Maxim and The Nation. He is a native of Long Island. 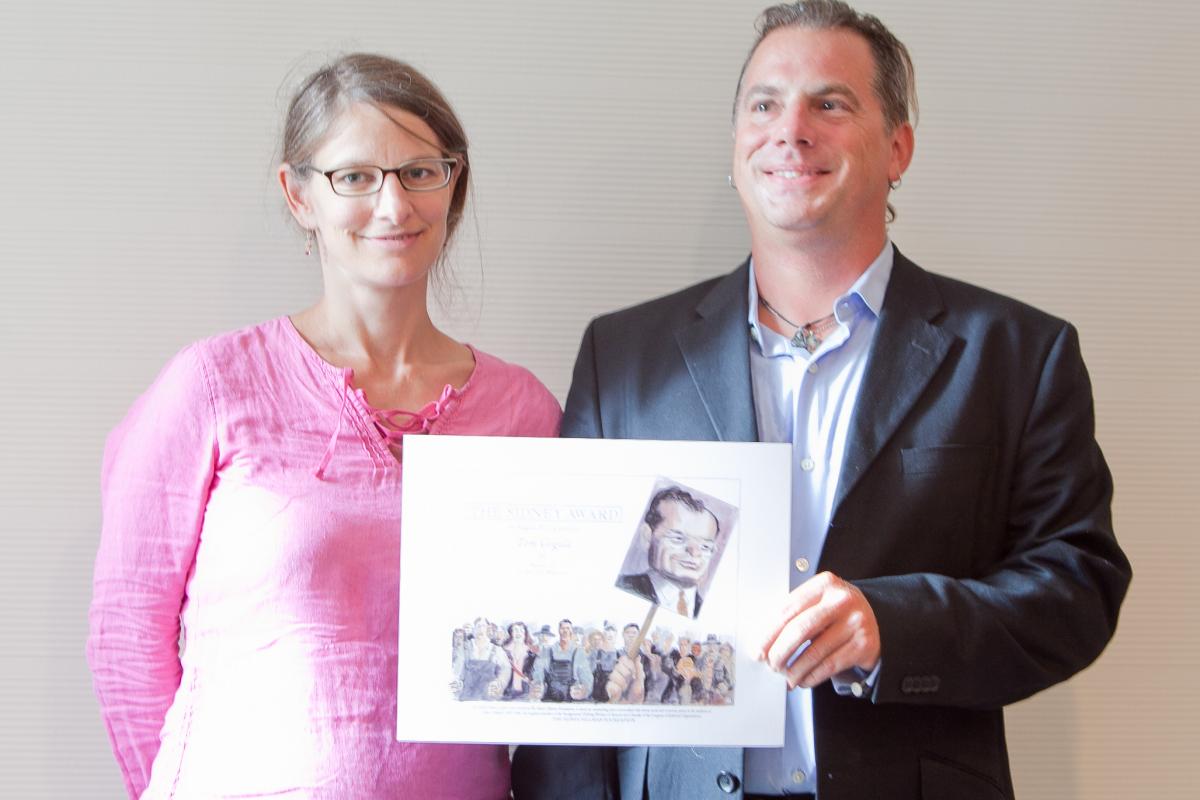 Your story is called “Bycatch-22,” how would you explain the title to someone who hadn’t read the article?

The title relates to the cruel paradox of a commercial fishing industry that is forced to abide a bureaucracy that can appear to operate in such a manner as to kill the very industry it is pledged to protect. Fishermen oftentimes find themselves throwing back perfectly valuable, dead or dying fish because of regulations that are designed to protect those same fish from overfishing.

Your story drew heavily on your firsthand experience working on a commercial fishing boat. Tell us about your fishing career and how it shaped your perspective on the bycatch problem.

I first came to Montauk in 1997 when my father ran a small inn in the fishing village. In 2002 I left an editing job in New York and got a job as a mate on a “head boat” out here. I love the work and the culture of open boats – a lot of people all fishing shoulder to shoulder on a big, fun wood boat, and I run around untangling lines and giving lessons and unhooking fish. We have some regulatory frustrations too, bycatch 22 encounters on a smaller scale than the commercial guys. There are a lot of short fish thrown back, gut-hooked fish that will die in some cases. It’s frustrating and bad for business when a person brings his family on the boat, catches 26 fish between them and can’t even keep one.
My commercial fishing experiences are short but memorable. I worked for an inshore lobsterman in Montauk during the iceberg-laden winter of 2003-04 and also took the commercial dragging trip I described in the piece that winter. As a former newspaper editor, I’ve tried to fulfill a journalistic conviction that stories about commercial fishing ought to start on the back deck of a dragger, and not on the plate at a fancy fish restaurant.

In the article, you explain that so-called “eco-friendly” seafood may not be as sustainable as you’d think, due to the bycatch problem. How do these ratings work, and what are they failing to take into account?

The rating systems for the best of the sustainability charts, such as the one put out by the Blue Water Institute, factor in the bycatch rate in making their determinations vis a vis sustainability. I was more focused on the fish that wind up becoming bycatch because of regulations. My observations are anecdotal: I witnessed a waste of fish – monkfish, fluke and other species – that was undocumented beyond my observation. All of that waste was not at all unusual, and entirely preventable with creative, good faith approaches to fisheries management. I only hoped to highlight this underreported aspect of the bycatch crisis. Blue Water Institute gives monkfish fish a “middle” score on its color-coded chart: “Some problems exist with this species status or catch/farming methods, or information is insufficient for evaluating.” What they’re not taking into account are the “unknown-unknowns” at sea. I don’t know if, say, the Institute’s data includes monkfish as bycatch in its bycatch rating for the fish, but that was where I was trying to shine a light. The irony is that monkfish used to be all bycatch, until consumers realized its potential as “the poor man’s lobster.”

Was there material that you wanted to cover that didn’t find its way into the final draft?

As with any story, there are always tendrils better left for another day, and a lot of that made it into an followup op-ed I wrote in Newsday. I am making a case for fisheries-based community sustainability that includes and emphasizes small-scale draggers and that envisions a new era of mutual cooperation between regulators and fishermen. I also write about concerns that fishermen have with the rush to industrialize the seas, and talk a little bit about the Obama Administration’s Oceans Policy and how sector management of our oceans may be more bad news for fishermen.

What’s your next project?

I don’t have a specific journalistic project lined up. In the meantime I’ve been working on a long piece of fiction that’s been in the works for awhile.

How did the Nation Investigative Fund help make this story possible?

The Nation Investigative fund’s support was critical to this story coming to fruition. As a freelance writer working in this tough economy for the past three years, I relied on the grant to provide living expenses and other, related expenses in order that I could continue to work on the story.