Dan Barry and Karen Zraick of The New York Times win the June Sidney Award for “The Men Lost to 20 Bruckner Boulevard,” a story that began with an elevator collapse that killed one worker and severely injured another. The investigation expanded to expose the most lethal construction site in New York City since the Department of Buildings started keeping electronic records twenty years ago.

Three men died on the Bruckner Boulevard project in separate incidents in less than three years. Two were undocumented migrants and one was homeless. All three were employed by non-union contractors. They were working to transform an old ice factory into a gleaming charter school. The story contrasts the workers’ reality of dangerous work and untimely death with the glittering lifestyle of the owner of 20 Bruckner Boulevard, who was entertaining friends at a tropical resort while the survivor of the fall languished in the hospital.

“This investigation went beyond the tragic events at the jobsite to ask deeper questions: Who does this work, and why are they so vulnerable to exploitation,” said Sidney judge Lindsay Beyerstein. ”The winners went to exemplary lengths to tell the tragic stories of the men who keep New York City’s burgeoning and highly profitable construction industry humming.”

The accounts of these laborers are rarely told because so many of them are undocumented. The winners tracked down the families of the dead to better understand who these men were and what drew them to risk their lives for as little as $120 a day. The Times even sent a photographer to document one victim’s home village.

Dan Barry is a longtime reporter and columnist for The New York Times, having written both the “This Land” and “About New York” columns. The author of several books, he writes on myriad topics, including sports, culture, New York City, and the nation, and has worked as a senior story editor on “The Weekly” television program for the Times.

Karen Zraick is a reporter on the Metro desk of The New York Times. She has been on staff with The Times since 2013 and previously worked on breaking and international news, and as a newsletter writer and homepage editor. She serves on the board of the Arab and Middle Eastern Journalists Association, a U.S.-based non-profit. 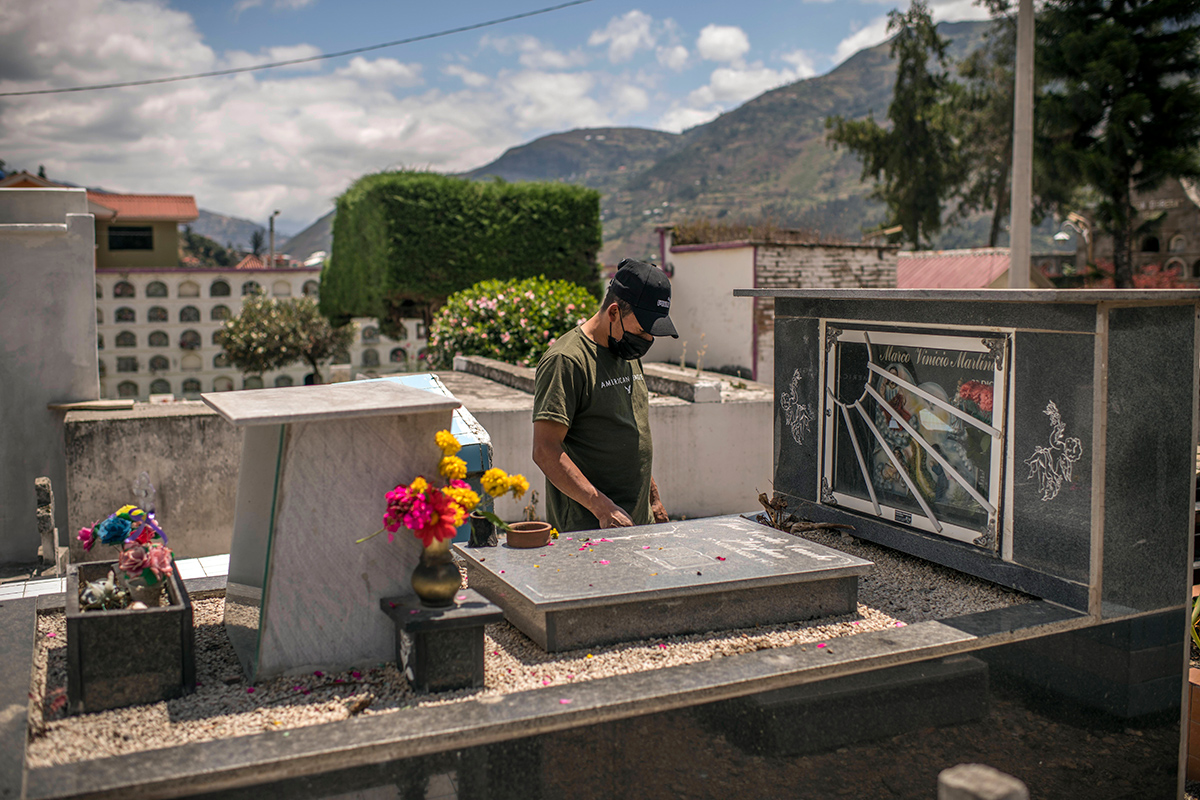 Lauro Martínez at the tomb of his son, Marco, who at 18 emigrated from Ecuador and was soon working in construction in New York City.
Daniele Volpe for The New York Times

Q: What factors contributed to the unusually high rate of fatal accidents at 20 Bruckner Blvd.?

A: City and federal investigators followed up after each of the three fatalities, and in each case they found that either the general contractor or a subcontractor – or both – had not fully adhered to established safety regulations. In addition, there is the question whether nonunion sites are less safe than union sites. As the story notes, in 2020 the Occupational Safety and Health Administration conducted 11 investigations into construction-related fatalities in New York City; all proved to be at nonunion sites.

Q: This story makes very effective use of documents. Can you take us through some of the most important resources you used to put together this saga?

A: We filed freedom-of-information requests with OSHA and with several city agencies. Some of this documentation provided matter-of-fact details: the initial 911 calls, the Buildings Department regs violated, that sort of thing. But OSHA’s work papers – the notes and findings of the investigators on scene – proved to be the most beneficial in building a narrative. They provided photos of the scenes, eyewitness accounts, and other details that helped us in painting a fuller portrait of the worksite and the circumstances surrounding the fatalities.

Q: How did you figure out that there were so many deaths on this one construction project?

A: An article in the New York Daily News about the third death, that of Mauricio Sanchez in an elevator collapse in May 2021, was brought to my attention, and I contacted the Buildings Department to get some sense of the Bruckner project’s history. It wasn’t until that point, I believe, that anyone unrelated to the project itself realized that three workers had died in separate incidents in less than three years. For one thing, Buildings Department officials say they did not learn of the first death - that of Marco Martinez in 2018 - because the contractors did not notify them at the time as required. They only found out during the questioning that followed the third death, in 2021.

Q: One of the great things about this piece is how you contrast the owner’s glittering lifestyle with the lives and deaths of his workers. How did you go about piecing that part of the story together?

A: A sense of the lifestyles of the developers was readily available in gossip columns, campaign contribution records, land records, and through their own web sites. It was much more difficult to piece together the lives of the three dead men; two undocumented, one homeless.

Karen Zraick, with some early and essential help from our colleague Annie Correal, reached out to immigrant-empowerment groups, knocked on doors, and made cold telephone calls until they found friends and relatives. Karen also connected with the mother of Michael Daves (who died on the site in 2019) and spent time talking to his friends at the men’s shelter he was living in at the time of his death.

In addition, we were fortunate enough to have photojournalist Daniele Volpe spend time with the family of Mr. Martinez in Ecuador. This proved essential in conveying the yawning chasm of lived experiences behind one construction site, between those of the affluent developers and those of the workers doing the hard labor.

Q: Was it difficult to track down the survivor of the elevator crash?

A: Tracking down Yonin Pineda, who survived the fatal elevator collapse, wasn’t hard. His name was in a lawsuit, and his lawyer, Jonathan Moran, could not have been more accommodating. What WAS difficult were the several in-person interviews we did with Mr. Pineda, who remains disabled (He still can’t eat solid food, a year after the accident). He was close to the colleague who died, Mr. Sanchez, and we gently had to ask the same questions more than once to make sure we had things right – including about the circumstances of the accident. Mr. Pineda could not have been more generous, but he did have to leave the room at one point to collect himself. But he returned, and he was never anything less than consistent in his narrative.

A: I suppose what Karen and I learned most of all was to look around as we walk the city streets. Notice the many work sites: the ubiquitous scaffolding; the sparks of welding machines several stories high; the containers of construction debris being wheeled out. Some of this inherently dangerous work is being done by undocumented workers and/or workers who have no union representation and therefore are more vulnerable, more likely to be exploited. They need all of us to notice.

Q: Did anything unexpected happen in the course of your investigation?

A: I suppose the most unexpected aspect of the reporting was in learning how small the fines are when contractors and subcontractors are found in violation of safety protocols. And the most unexpected moment should have been expected, given that it concerned our editor, Kirsten Danis, who worked especially hard on this piece. Well after the end of the workday, Kirsten found a crucial and telling detail on social media about the extravagant birthday party that the Bruckner building’s owner threw for himself in an exclusive beach area of the Dominican Republic, less than three weeks after the death of a third laborer.