Eli Saslow wins the July Sidney for “Urgent needs from head to toe’: This clinic had two days to fix a lifetime of needs,” a feature in the Washington Post that follows Stevie and Lisa, an impoverished middle-aged couple from Tennessee who have come to a free clinic sponsored by a charity called Remote Area Medical. Their goal? To get as many of their serious medical conditions treated as they can, in a single day, before Remote Area Medical moves on to the next town.

Desperate patients from across the rural South began lining up outside a local high school at 2 a.m to be seen when the clinic opens in the morning. Stevie and Lisa are so medically fragile that just standing in line to get care is a daunting obstacle. Among his many serious ailments, Stevie has two holes in his heart and hasn’t seen a cardiologist since high school, but he is the healthier of the two. Lisa’s potassium levels had plummeted to the point where she was at risk of a heart attack, so she had to be rushed to a hospital by ambulance, turning what she’d hoped would be a day of free care into another medical bill she’d never be able to pay.

Tennessee has lost 14% of its physicians and 18% of its hospitals in the last decade leaving an estimated 2.5 million people with insufficient access to care. They are among the estimated 50 million rural Americans who live in so-called “health care shortage areas.” Nonprofits like Remote Area Medical are struggling to fill the gap by setting up temporary free clinics. Tennessee has refused the federal Medicaid expansion, which would cover some 381,000 uninsured people. The state’s refusal to expand Medicaid has forced many rural hospitals to close and threatened the existence of others.

“This story illustrates the tremendous human cost of Republican-dominated state legislatures’ refusal to expand Medicaid,” said Sidney judge Lindsay Beyerstein. “Some states are actually trying to make it harder to get Medicaid by imposing work requirements and other barriers.”

Eli Saslow is an author and a staff writer for The Washington Post. He won the 2014 Pulitzer Prize in Explanatory Reporting and was a finalist for the Pulitzer Prize in feature writing in 2013, 2016 and 2017. He is the author of two books by Double Day: Rising out of Hatred and Ten Letters: The Stories Americans Tell Their President. He is the winner of a Polk Award, a James Beard Award for Food Writing, a PEN America Award and several journalism honors. A 2004 graduate of Syracuse University, he now lives in Portland with his wife and three children. 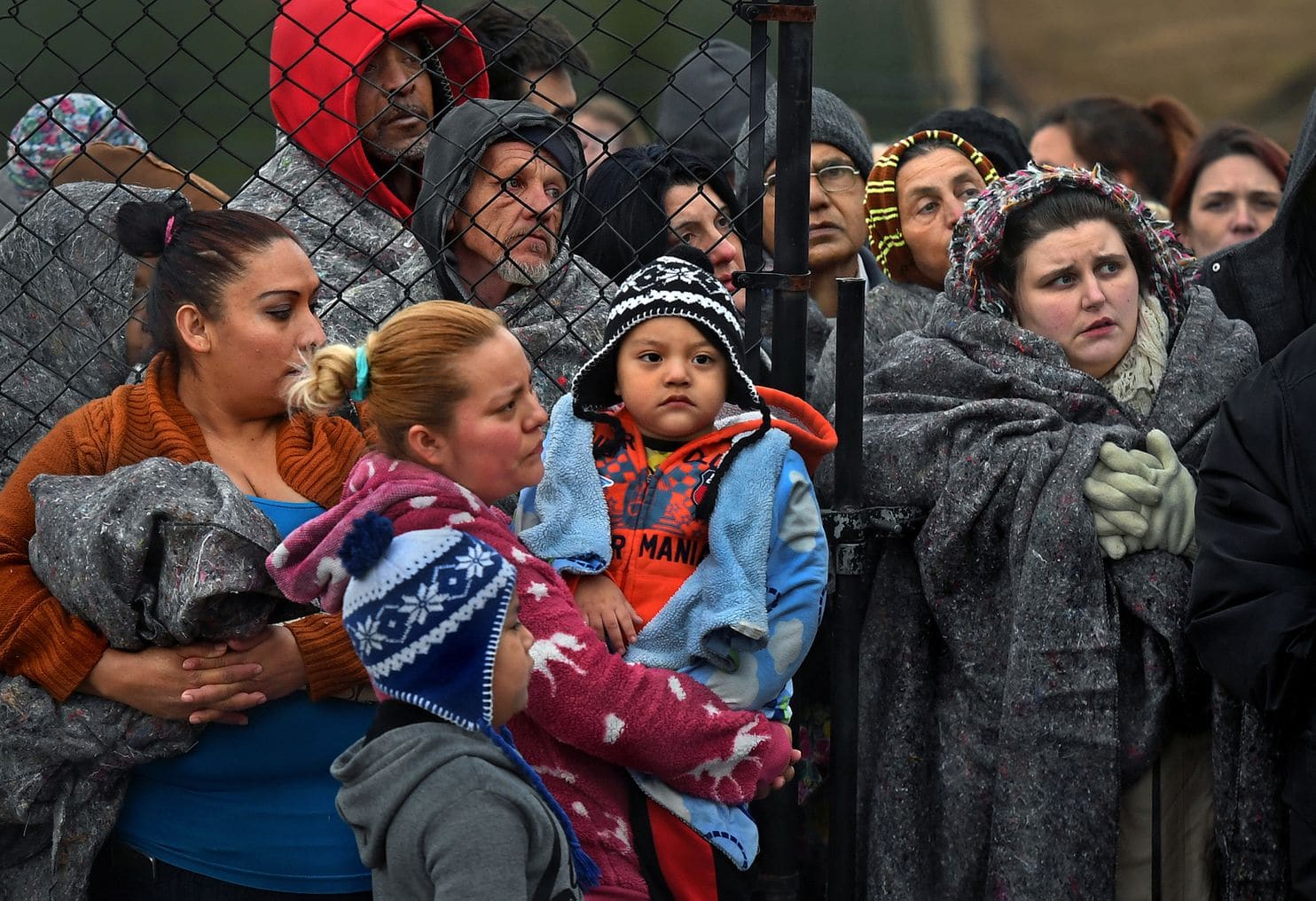 Some of the hundreds of people in dire need of care wait in a parking lot for 12 hours in below-freezing temperatures for a chance to be seen in Knoxville in February. Tickets were handed out first come, first served.
Michael S. Williamson/The Washington Post

Q: How did you become interested in the work of Remote Area Medical?

A: I’ve been writing about rural hospital closures and the disappearance of medical services in parts of the country, and Remote Area Medical is one of the few organizations working to fill that void. Our photographer, Michael Williamson, had covered Remote Area Medical clinics before, and he sent me some photos from those earlier trips. It was clear from those images that the level of need and desperation in these parts of the country was worth exploring further.

Q: What drew you to your main subjects, Stevie and Lisa?

A: I didn’t know exactly who I was going to write about when I arrived at the clinic. I spent the first night there walking through the parking lot, talking to families waiting in line, and hearing people’s stories. Stevie and Lisa stood out immediately because Lisa was clearly very sick and Stevie was worried. That gave the story even more urgency, so I decided to follow them over the next few days.

Q: How did you go about winning their trust and building rapport?

A: The first thing that helped was time. I am very lucky in my job at The Washington Post to be able to spend a lot of time on these stories, which means getting a lot of time with the people I’m writing about. I think the more time you can spend with people, the more trust you are able to build as a reporter. I was with them more or less constantly for several days.

Q: What implications does the plight of this couple have for larger debates about health care in the United States?

A: There are more than 50 million Americans who live in rural areas with insufficient access to basic health care. I would guess that one of the reasons Stevie and Lisa decided to be so open about their circumstances is because they know they are not alone. What’s happening to them is a reflection of what’s happening to many people like them.

Q: Was there anything that you wanted to include but had to leave out?

A: Fortunately, not really. The Post gave me a lot of space to write a longer piece, and I worked on it with my editor, David Finkel, who always has a great ear for what details to include or leave out. Together we spent a few days going back and forth on some of those decisions until we both felt happy with the piece.

Q: What did you learn in the course of reporting this story that you will carry forward to future assignments?

A: Watching Stevie and Lisa try — and fail — to get basic care reaffirmed my feeling that declining access to affordable doctors and hospitals is something we need to cover. The health outcomes in rural areas are bad and getting worse, and the people who need care the most are now the least likely to get it.