Kathryn Joyce wins the May Sidney Award for “A Search for Answers. A Search for Blame,” an in-depth examination of how right wing activists pushed a false narrative about school discipline to a grieving community in the wake of the Parkland school shooting.

After the Parkland shooting, conservative pundits tried to blame the massacre of 17 students on something called PROMISE, Broward County’s innovative program to keep kids out of the school-to-prison pipeline. They claimed that the shooter, Nikolas Cruz, had been spared arrest under the program, and that had he been arrested, he wouldn’t have been able to buy a gun. This argument became the pretext for an all-out war on PROMISE and the officials who championed it.

Cruz was referred to the program in middle school, but there’s no evidence he attended. Even if he had been arrested for one incident they found of him breaking a bathroom fixture in the 8th grade, that would not have gone on his record and prevented him from buying guns.

Joyce’s reporting also explores how the conservative Manhattan Institute joined forces with a conservative Parkland father and a young self-styled investigator to push the myth that the PROMISE program was to blame for the shooting.

“This story shows the right wing’s desperation to make the Parkland debate about anything other than guns,” said Sidney judge Lindsay Beyerstein.

Kathryn Joyce is a reporter with Type Investigations, a contributing writer for Highline, and a contributing editor at The New Republic. She is the author of two books: The Child Catchers: Rescue, Trafficking and the New Gospel of Adoption, and Quiverfull: Inside the Christian Patriarchy Movement. Her work has also appeared in The New York Times Magazine, Pacific Standard, Mother Jones and many others. 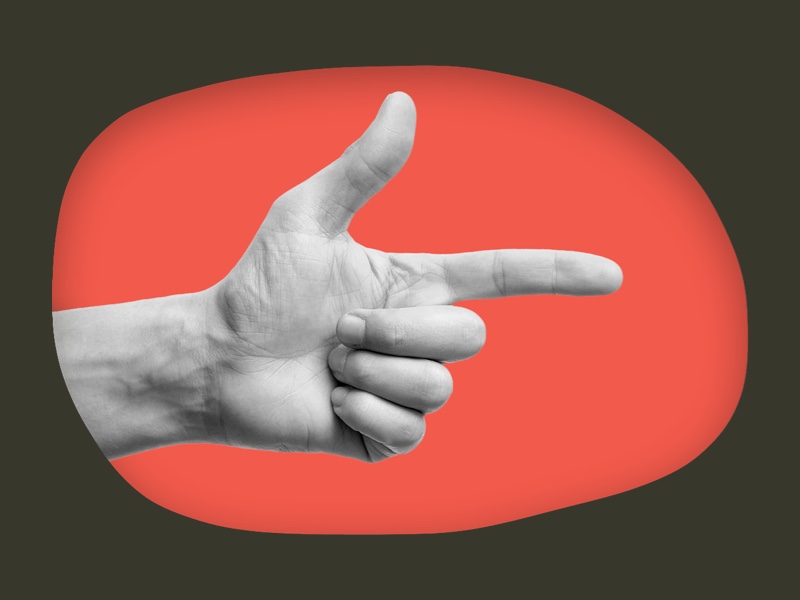 Q: How did you become aware that right wing think tanks were blaming the Parkland shooting on a program designed to reduce arrests at school and starve the school-to-prison pipeline?

A: I became interested in debates around school discipline before the Parkland shooting, while I was reporting on the backlash to a different Obama-era guidance letter, concerning Title IX and how schools should handle accusations of sexual misconduct. When Secretary of Education Betsy DeVos rescinded that guidance, in September 2017, a number of conservative think tanks immediately called for her to keep going, and also withdraw an Obama guidance document concerning school discipline reform. The Title IX backlash had grown into a vocal movement, and this new call struck me as a quieter echo of that. However, before Parkland, critiques of school discipline reform seemed to have far less traction, likely because the issue primarily affected students of color in poorer, more urban schools. But after the Marjory Stoneman Douglas shooting, which took place in an elite, suburban school, the idea that it was related to Broward County’s reform efforts seemed to take off very quickly.

Q: What did you learn about the role of conservative think tanks like the Manhattan Institute in popularizing the idea that the Parkland gunman could have been stopped if he hadn’t been spared arrest by the PROMISE diversion program?

A: My story focuses a lot on the story of Max Eden, a senior fellow at the Manhattan Institute, and his partnership with a grieving father in Parkland. Eden readily acknowledges that he wasn’t the first person to make this connection, but as someone who’d been focused on critiques of school discipline reform for several years, I think his entry into the debate had a far larger impact. Twelve days after the shooting, he wrote an op-ed suggesting that the fact that Broward’s approach to discipline reform might have allowed the shooter to “slip through the cracks.” Soon afterwards, what had been a relatively fringe argument seemed to gain more legitimacy, and multiple politicians took up the cause, with Florida Senator Marco Rubio calling upon DeVos and then-Attorney General Jeff Sessions to revise the guidance letter.

Q: You determined that the entire story was false. Even if the shooter had been arrested for breaking a bathroom fixture in 8th grade, that wouldn’t have stopped him from buying a gun. Did the Manhattan Institute not bother to check the law?

A: The Marjory Stoneman Douglas High School Public Safety Commission came to that determination, after months of investigation. By mid-2018, the Commission’s chair declared that PROMISE was a “red herring.” And in its final report, they noted that such a minor act of vandalism couldn’t have resulted in a criminal record that would have blocked the shooter from getting a gun legally.

While Max Eden told me that he’d initially believed that an arrest record would have kept Nikolas Cruz from legally buying a gun, he’d come to think instead that PROMISE was less a direct cause than something that was emblematic of a larger “culture of leniency” in the district. Later still, he argued that the issue was less one of that culture of leniency alone than a question of how school districts should handle students with behavioral disabilities. But while his arguments might have become more nuanced (even as the school district still disputes them), the message that the public took away was much more simplistic, and false.

Q: Why do you think so many conservatives scapegoated the PROMISE program in the wake of Parkland?

A: The PROMISE fight tapped into a lot of longstanding tensions in our country that are exacerbated now in our extreme polarization. PROMISE’s existence is based on addressing questions of racial inequity, and how school discipline, like the criminal justice system, functions differently for children of different races. That’s a deeply fraught issue in the best of circumstances, as it urges educators—usually extremely well-intentioned, dedicated educators—to consider things like subconscious or “implicit” bias. When school districts have tried to address this on a very holistic, systematic level, it also ends up implicating a huge variety of things: whether wealthier, whiter schools benefit from more convenient school start times or shorter bus routes; whether the same behavior gets labeled autism in a white child but emotional and behavioral disorder in a black child; how those labels affect how school staff treat those students. Grappling with these questions can start to feel like a zero-sum game, and the suggestion that these decisions are rooted in unconscious bias can make many defensive.

These debates also tap into other cultural divides, about how to best raise children, or what appropriate discipline looks like, that get into core questions of people’s worldviews. And, in Broward County, PROMISE also came to be seen as closely related to the Obama administration—despite the fact that it predated the Obama-era guidance—arguably tapping into a broader conservative desire to undo policies created under the last administration.

Q: Acting AG Matt Whittaker and Secretary of Education Betsy DeVos withdrew an Obama-era guidance document that warned schools that ostensibly racially neutral discipline policies could be considered discriminatory if they had disparate impacts on students of different races. Was this a direct response to the Parkland controversy?

A: I think the Trump administration was moving in this direction already, but the Parkland tragedy accelerated the process and built a base of conservative support for the decision. As Eden told me, Parkland became the defining moment that inspired Republican interest in this issue beyond think tanks or the education world.

Q: Did anything funny or unexpected happen in the course of reporting this story?

The circumstances of this debate were so devastating that little was funny. However, while reporting, I was struck that many people from different political perspectives or sides of the debate all seemed to agree that, if there was an issue of lax discipline in Broward County, it wasn’t at the schools most likely to send children to PROMISE—that is, the urban, lower-income, black schools—but rather those schools most like MSD: wealthy, whiter, more suburban. That seemed like an underlying, unacknowledged contradiction: that while critics accused PROMISE of coddling dangerous, criminal students, the kids more likely to receive the benefit of the doubt, or the second or third chance, were those in the district’s most privileged schools.

Q: Was there anything you wished you could have included that you had to leave out?

A: Yes: that much of this has happened before. Not in the context of a tragedy like Parkland, but that debate about the fraught, messy process of enacting school discipline reform has divided school districts in the past. An earlier draft of the story included a section looking at the divisions that resulted from school discipline reforms in St. Paul, Minnesota—something that, prior to Parkland, was conservative think tanks’ prime example of how reforms can go wrong. It’s a complicated story, with a complicated legacy—when DeVos held a listening session about this issue in 2018, St. Paul sent two delegations: one in favor of keeping the guidance, and one opposed. But the echoes with the fight in Parkland are so notable that one St. Paul principal told me that, when she saw the post-shooting debate develop last year, her first thought was: “Oh my God, we already did this, but now it’s at a national level.”