Carol Marbin Miller and Audra D.S. Burch of the Miami Herald win the April Sidney Award for “Innocents Lost”, an investigative multi-media package profiling some 477 Florida children who died of abuse or neglect after the state’s child protection authorities confirmed that they had been mistreated at home but failed to take them into care.

Nearly a decade ago, Florida’s Department of Children and Families made a deliberate shift in child welfare policy, deciding to reduce the number of children taken into care by up to half in the name of “family preservation.” The department’s funding was slashed and more children were left with their violent, neglectful, mentally ill or drug-addicted parents.

Children were murdered, starved, beaten, and drowned. One little girl was mauled by a pet python which her drug-addicted parents failed to house securely. The state underreported these deaths by as many as 39 cases per year, the investigation revealed.

The package features in-depth print coverage, web videos, and a searchable database with a profile of every child in Florida who died of abuse or neglect after DCF documented his or her maltreatment from 2008 onwards.

Carol Marbin Miller is a member of the Herald’s investigative team. She is a two-time recipient of the National Newspaper Guild’s Heywood Broun Award. She was awarded the Society of Professional Journalists’ Eugene S. Pulliam First Amendment Award in 2012.

Audra D.S. Burch is an award-winning enterprise reporter for the Miami Herald. She covered the George Zimmerman and Casey Anthony trials for the paper. She has also written about pop culture, race relations, and consumer affairs. 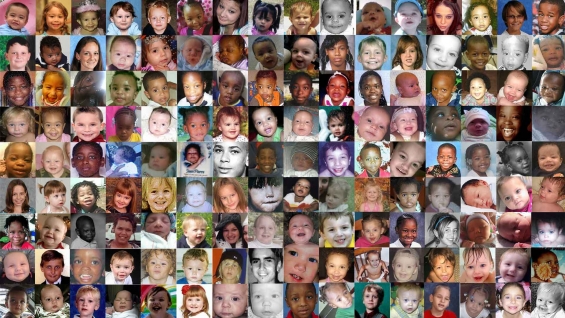 Q: When and why did Florida embrace “family preservation” as a guiding principle for the Department of Children and Families?

A: DCF was doing family preservation for some years before administrators ever identified it as such. Around 2004, the department had 30,000 children in out-of-home care, and tens of thousands of abuse reports in “backlog” - meaning they had never been fully investigated. A “vision” of agency reform announced then by former secretary Jerry Regier was intended not so much to further a philosophy as to repair a department that was overwhelmed. A few years later, family preservation was the stated policy, and it followed meetings between the new secretaries and then-adolescent foster kids who said their lives were ruined when they were removed from their birth parents. This effort also coincided with the Great Recession, so the new policy allowed the department to triage resources, which were becoming increasingly scarce.

Q: Describe the cuts to child protection services that coincided with the switch to the family protection philosophy.

A: The most significant cuts involved drug and alcohol treatment, as well as mental health counseling. As about two-thirds of our sample involved parents with a substance abuse or mental illness history, these cuts were particularly costly. But virtually every program that might have helped troubled children or families was cut, to some degree. By themselves, the cuts may not have proven to be as dangerous. But the results of dramatically reducing the number of kids removed - while simultaneously reducing services for the kids left behind - proved to be quite dangerous.

Q: You requested the death reviews for every child who died with a prior history with DCF since 2008. What did you learn from these documents?

Q: The state claims that the death rate of children flagged by DCF is on the decline, is that true?

A: We are not convinced this is true. In fact, a variety of state records show that Florida has 1) seriously under-reported to the state the number of child deaths that DCF “verifies” as resulting from abuse or neglect, 2) allowed many child death investigations to remain pending for many, many months - or even years - which results in the those deaths never being counted, and 3) redefined two of the leading causes of neglect-related child deaths - drownings and in-bed smotherings - so that a large number of drowning and suffocation deaths were ruled mere tragic accidents and not a death that resulted from the neglect of a caregiver. Such deaths are not counted.

Q: You discovered that authorities rewrote the definition of “neglect” to make it more stringent. What did they do?

A: DCF administrators insisted - among other things - that for a drowning to be the result of neglect the caregiver had to “intend” for the child to die. The death, under the new definition, had to be the result of a “direct, willful” act. So, if a parent takes a large amount of painkillers and passes out at 2 p.m., and if a toddler drowns in the family pool or a nearby canal while the parent is too inebriated to properly supervise him or her, the death will not count. Under the new definitions (which are not being used by all investigators), only homicides would count. This would theoretically result in far, far fewer verified deaths, because many child deaths are not intentional. They result from bad parenting, poor choices, drug abuse and other ills that are not directly related to physical abuse or violence.

A: It is too  early to say yet whether the proposed legislation will have a salutary effect on curbing fatal child abuse and neglect. The Senate bill specifies that the wellbeing of children must be “paramount” to the rights of parents. Making explicit the rights of children might prove to be beneficial, as we observed throughout that the rights of parents appeared to trump the rights of vulnerable kids. The Senate bill also requires DCF to put teeth into its use of safety plans, which, in the past, were often little more than pledges by parents to do better. The bill also would require DCF to be more transparent after a child dies, including posting child deaths online at DCF’s website. But many children’s advocates fear the legislation will prove futile if it does not include a meaningful increase in spending.

Q: Is the doctrine of family preservation still in effect? Have there been calls to abolish it?

A: Family preservation is still in effect, and it would prove very challenging to reverse this policy in Florida. The philosophy serves several masters, including a provision in current law which requires the state to take the most “parsimonious path” toward treating an at-risk family. Florida simply has no recent history of investing in social services, including for children. So the policy has the virtue  of allowing the state to be stingy (one of the definitions of parsimonious) with taxpayer dollars, and to dress that policy up as serving a higher purpose. When interviewed recently, a state House member who helped draft that chamber’s legislation insisted that children’s rights was not on her agenda, and was not likely to be anytime soon.