Alex Rozier and the Jackson Water Crisis Team from Mississippi Today win the September Sidney Award for their coverage of the water crisis facing Mississippi’s capital, which is home to 150,000 people, 83 percent of whom are Black.

Jackson’s water woes made national headlines in August when the city’s taps ran dry and President Joe Biden declared a state of emergency. Water pressure was restored after a weeklong outage, but the water still isn’t safe to drink straight from the tap.

In addition to covering breaking news, the team delved into the root causes of the crisis. Jackson’s population shrank by a fifth since 1980 as white residents abandoned the city for the suburbs. To make matters worse, the city can’t bill accurately for water service because the meters don’t work. Dwindling federal and state infrastructure spending put even more pressure on the system.

Over the years, residents have been subjected to elevated levels of lead, bacterial contamination and countless water service interruptions and boil advisories. Even when the system is functioning normally, the water is deemed unsafe for pregnant women and kids under five.

“Mississippi Today has been on this story for years,” said Sidney judge Lindsay Beyerstein. “They’re proceeding with determination, creativity, and compassion, which shines through in their ongoing coverage.”

Coverage of the water crisis is a team effort.

“If we had a motto, it would be, ‘All hands on deck,’ because everyone on staff pitched in in some way,” said Managing Editor Kayleigh Skinner. 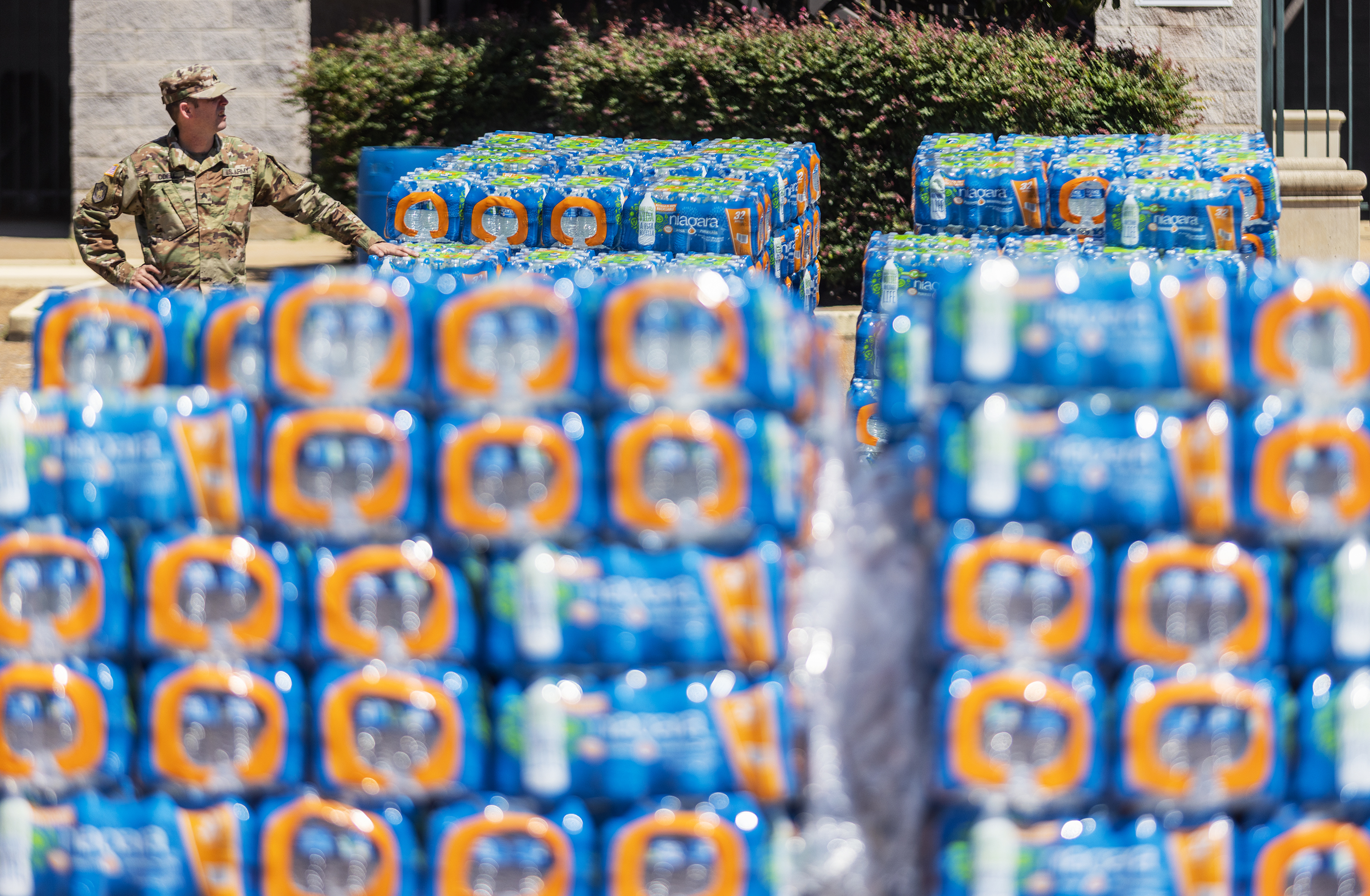 Q: Why is Jackson’s water system in such bad shape?

Rozier: Jackson’s water system deteriorated as a result of a combination of factors, including deferred maintenance on water infrastructure, waning state and federal spending, a failure of the city’s water billing system, and a 20% population loss in the capital city since 1980.

Q: What is your team’s overall approach to covering this story? If you had a motto, what would it be?

Skinner: The news broke that Jackson’s water system had failed on a Monday evening. First thing Tuesday morning, we convened our entire staff for a planning meeting. Even those outside of the newsroom attended because as Jackson residents everyone had a lived experience and point of view worth factoring into our coverage. We told reporters everyone, regardless of beat, had a story to write about Jackson’s water. This led to stories about why immigrants were scared to go to water distribution sites because the U.S. Department of Homeland Security was visiting those locations; a profile about how local activists were frustrated with media coverage, both local and national; and countless stories with information about what you can and cannot do with the water and what health officials advise.

If we had a motto, it would be, “All hands on deck,” because everyone on staff pitched in in some way.

Q: What was the most unexpected thing that happened during your reporting?

Skinner: Probably most surprising is how big of a story this has become. None of this is new to us —Jacksonians have been living with spotty water pressure and boil water notices on and off for years, spurred by aging infrastructure and occasional weather events. So it was surprising to see how much national attention Jackson has received this month.

Q: Were team members personally affected by the water outage? How did that affect your routines as you reported the news?

Skinner: Most of our newsroom lives inside Jackson city limits, and some of us did lose water completely on the night state officials warned the city the water plant had failed. All of us are still impacted today by the boil water notice that has failed to be lifted, meaning we have to boil the water that runs from our tap for at least one minute before it can be consumed. Because of this, we brush our teeth with bottled water we keep next to our sinks, and many of us pay for water to be delivered monthly or set aside time each week to boil large quantities of it to use throughout the week.

One of our reporters went viral last week for a video she took turning on her faucet.

It’s made covering this crisis deeply personal. When readers send in questions about whether it’s safe to use their dishwasher, or where in the city they can go to receive free bottled water, we do our best to find them answers because it’s our job, but also because it’s information we need, too.

Q: Describe some of the resources you used to bring us this story: FOIA, public records, government reports, legal documents, maps, etc.

Skinner: We submitted a public records request to the city for copies of documents that lay out short- and medium-range water system funding ideas. That records request also provided us with an EPA report outlining necessary repairs to the water plant, a report from a private engineering firm with proposed spending, among other documents.

A high-ranking government source leaked us an unreleased draft of an EPA report that showed us an assessment team had flagged numerous water system problems about one month before the plant actually failed.

One of our biggest resources for coverage were our readers. We deployed a Jackson water crisis text line to share our stories, but also to take questions and use those to figure out what we should be writing about. We received several helpful tips from readers, and were able to connect directly with them while asking tough questions of leaders responding to the crisis.

Skinner: It helps if your newsroom is covering smaller problems as they occur, so when it really becomes a major issue, you have weeks — or years, in our case — of context to help you make sense of what is happening.

Q: The situation seems pretty dire, but are there any hopeful signs?

Skinner: Water pressure is back for all residents, which is a step in the right direction. With the federal government getting more involved, that should free up more resources and manpower to assist with long term solutions. President Joe Biden approved an emergency declaration for Jackson, and the Environmental Protection Agency has sent a team from its Office of Inspector General to Jackson to investigate the city’s water management. Hopefully this federal help will lead to actionable plans and resources for Jacksonians. Until then, we’ll just keep boiling our water.