Alabama is home to 160 auto parts factories, which supply the car factories that flocked to the right-to-work state in the late nineties. Workers in this low-wage, nonunion corner of the auto parts industry endure long shifts to fill punishing production quotas in order to compete with similar firms in Bangladesh and Mexico.

When a machine malfunctioned on the Ajin USA assembly line, 20-year-old Regina Elsea feared her team would miss their quota if she waited for a technician to fix it. So she grabbed a screwdriver and attempted to clear the problem herself. The broken machine surged forward, impaling Elsea on a pair of welding tips. The technician her coworkers summoned to fix it had no idea what to do and ran away. She died the next day. Ajin sent a single artificial flower to her funeral.

OSHA fined Ajin $2.5 million in connection with Elsea’s death. A month earlier, the company had been fined for letting 8 workers get their hands crushed in welding machines.

The risk of losing a limb or a digit in an Alabama parts factory is double the risk for the industry at large. A worker in Alabama is 65% more likely to lose a digit than a worker in the same industry in Michigan.

“Workers like Elsea are losing life and limb because of unrelenting time pressure and lack of basic safety training.” said Sidney judge Lindsay Beyerstein. “Waldman used the Freedom of Information Act to expose a hidden epidemic of grisly death and catastrophic injury in this industry.”

Peter Waldman has been an investigative reporter for Bloomberg News since 2009. He was previously a Senior Writer for Conde Nast Portfolio and before that an editor and reporter for The Wall Street Journal for 22 years, where he was posted in the Europe, the Middle East and Southeast Asia. 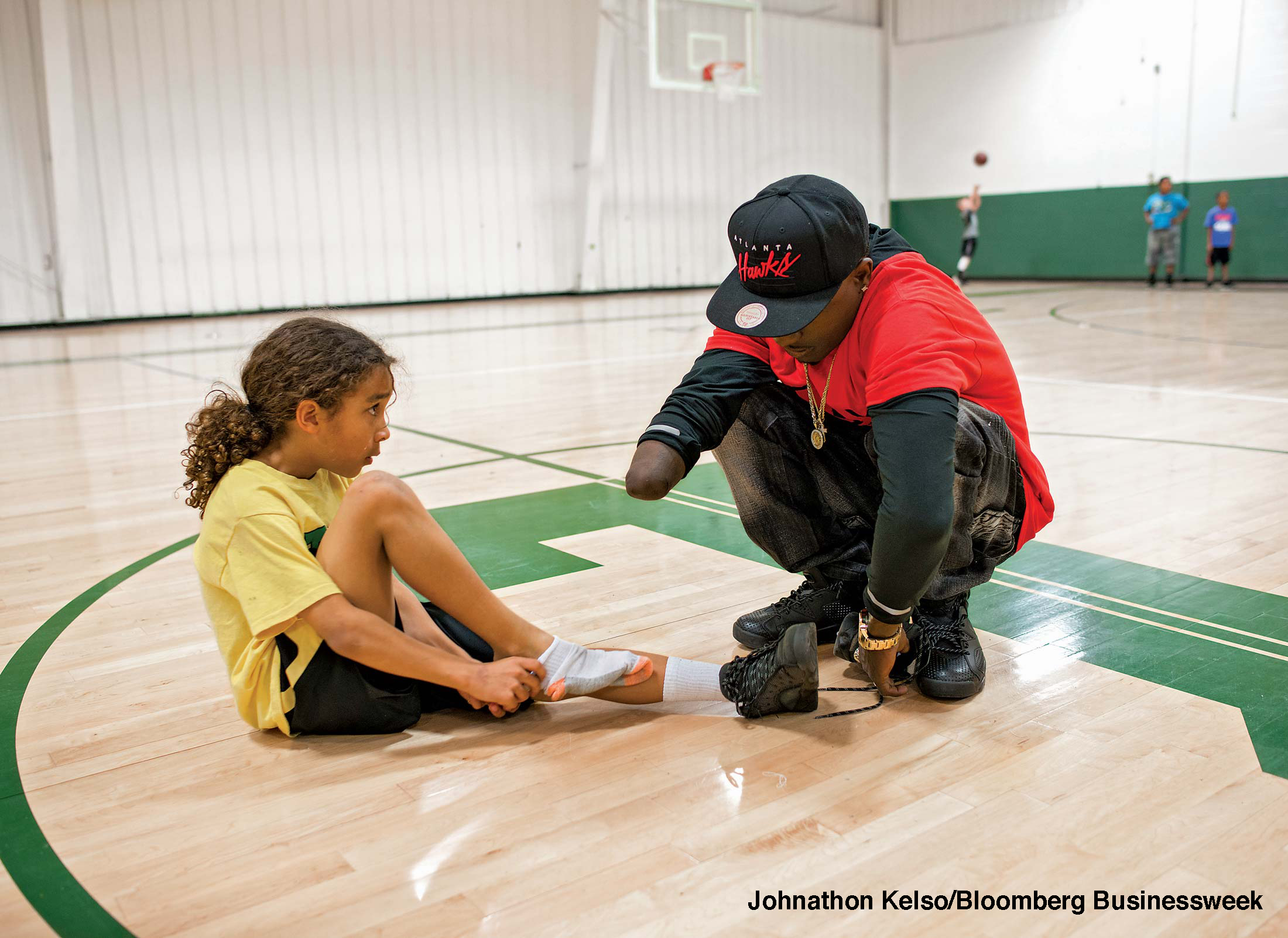 Reco Allen, with his son, in Tanner, Ala. Allen lost his right hand and forearm as the result of an accident he sustained in 2013 while working on the assembly line at a Matsu auto parts plant in Alabama. He was hired as a janitor in the plant but a supervisor reassigned him and had him begin work on the assembly line without any training.

Q: How did you become aware of the safety hazards facing Alabama auto parts manufacturers?

A: Struck last summer by then-candidate Donald Trump’s rhetoric about restoring U.S. manufacturing, I asked an old source at OSHA in Washington DC about the contemporary experience of automotive factory workers in the U.S. How has the industry changed over the years? Were these still the sorts of manufacturing jobs worth reviving? It’s a mixed bag, he said, but encouraged me to check out OSHA’s actions against a number of auto-parts suppliers in the Southeast, where the business is booming. I FOIA‘d several investigative files from OSHA, saw what he meant, and the reporting grew from there.

Q: Your story is based in part on OSHA documents that you obtained through a Freedom of Information request. How did you know which documents to look for?

A: As I discovered when I started reporting this story last fall, OSHA under the Obama administration made a point of issuing pointed, detailed press releases about major factory safety violations. These announcements included salient details, providing great leads on what to ask for in FOIA’s. The hard part came in locating victims, because OSHA redacts employee names from documents obtained via FOIA. Through the magic of Linkedin and other databases, I tracked down current and former auto-parts workers and ultimately located some of the victims described in OSHA’s violation announcements.

Q: Did OSHA put up any resistance to giving you the documents, and if so, how did you overcome it?

A: OSHA was generally prompt and cooperative – before the administration changed in January. Now the agency issues fewer press releases about major factory safety violators, making this work much more difficult. OSHA also withheld, as a matter of law, any FOIA‘d documents involving cases being contested by companies, such as the one involving the death of Regina Elsea at Ajin USA. I pieced that story together from co-workers I tracked down.

Q: Besides the FOIA request, what other techniques and resources did you use to bring the stories of these workers to life?

A: Victims of workplace accidents and workers in auto-parts factories overall were more than happy to tell their stories – once I tracked them down. In many cases, I located someone’s address, but then couldn’t find a listed phone number (a big problem with today’s cell-phone-only households). So I spent days wandering around rural Alabama in a rental car leaving notes at people’s double-wides and small homes. Several workers got in touch with me. I can’t stress enough the importance of getting out of the newsroom and into the world of real people. Phone interviews, even when they are possible, often yield comparatively little about people’s lives and misfortunes.

Q: What did you learn in the process of reporting this story that you will carry forward to your next investigation?

A: We had a magazine editor not long ago who issued a blanket edict against “victim stories.” He wanted articles to focus on entrepreneurs and other “do-ers” in the economy, not on the casualties who often accumulate from overzealous corporate practices. Writing this article, and seeing the enormous public response it has generated, reminded me of how dead wrong that editor was.

Q: What changes have you seen at OSHA since Donald Trump became president?

A: They are trying to draw less attention to the safety violations they cite. This is probably a good indication that they’re citing fewer companies. The administration’s proposed budget cuts would further gut the agency’s already-stretched efforts to inspect and enforce workplace safety. Even before any Trump budget cutbacks, OSHA now has enough inspectors to visit each covered U.S. workplace once every 145 years.