Julia Harte wins the May Sidney for “A New York hotel deal shows how some public pension funds help to enrich Trump,” published by Reuters.

Article II of the U.S. Constitution bans the president from receiving payments from state governments, but Harte discovered that at least 11 public pension funds in seven U.S states pay Donald Trump every month. The pension funds are invested in the CIM Fund III, which owns the Trump SoHo hotel and pays a Trump-owned company to manage the building. In 2015 and the first five months of 2016, Trump International Hotels Management LLC drew at least $3.1 million from CIM under its contract to manage the SoHo, and Trump received $3.3 million in personal income from the hotel management company.

Harte is the first to show that the president is receiving money from state governments, via their pension funds. The story has caught the attention of high-ranking members of congress including Sen. Patty Murray, Richard Blumenthal, and Ben Cardin. Murray has asked the Office of Government Ethics to assess whether the flow of money from these pension funds to Trump’s coffers violates the constitution.

The pension funds have more than 5 million members - from state lawmakers in California to teachers in Texas and police officers in New York. They include the California Public Employees’ Retirement System, the nation’s largest public pension fund.

“Harte’s reporting is having real-world impact,” said Sidney judge Lindsay Beyerstein, “Trump has contempt for transparency and basic democratic norms, but journalists like Harte are holding him accountable. You might say that Harte’s perseverance paid off bigly.”

Julia Harte is a National Affairs correspondent for Reuters in Washington, D.C. She formerly covered the U.S. Justice Department at Reuters, and reported on national security at The Center for Public Integrity. 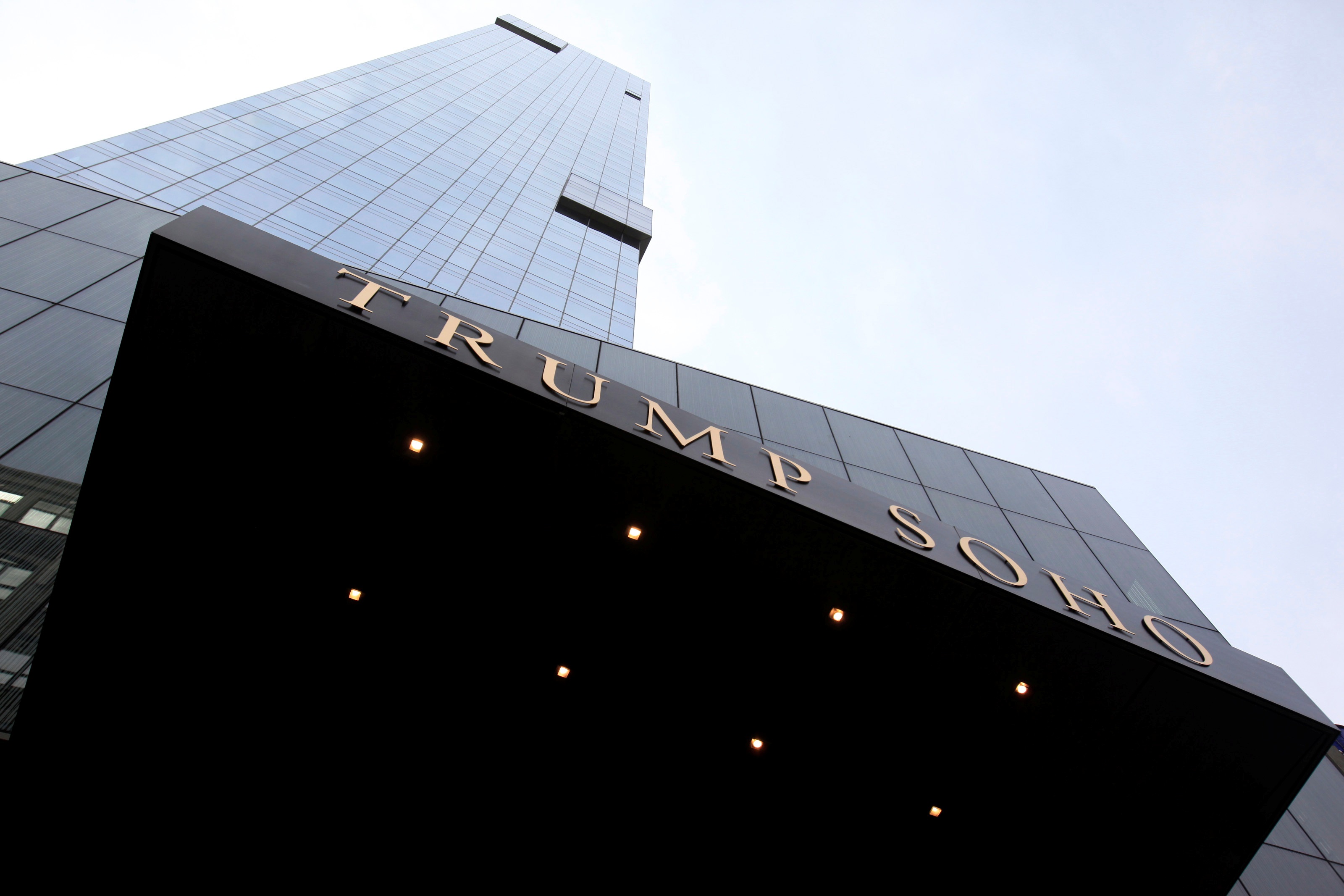 Q: How did you become aware that parts of Trump’s un-divested business empire might run afoul of the Domestic Emoluments Clause?

A: In the course of other research, I stumbled across a non-binding California state senate resolution from September 2015 that called on the state to divest from “Donald Trump, The Trump Organization, and any affiliated entities.” It made me wonder what investments the state might have in Trump’s businesses. When I sent a Freedom of Information request to the California Public Employees Retirement System, the nation’s biggest public pension fund, they confirmed that CalPERS was invested in a real estate fund (CIM Fund III) that owned a hotel operated by the Trump Organization (the Trump SoHo Hotel & Condominium in Manhattan). I sent public records requests to the country’s biggest public pension funds to see who else had investment exposure to the Trump SoHo through the CIM fund. Finally, New York real estate records helped me flesh out the financial relationship between the CIM fund and the Trump-owned company that manages the Trump SoHo.

Q: Can you describe how money flows between certain public pension funds, the CIM Group, and Donald Trump?

A: At least 11 public pension funds in seven U.S. states are invested in the CIM Fund III, the real estate fund that owns the Trump SoHo. These public pension funds pay the CIM fund millions of dollars in quarterly fees to manage their investments in its portfolio. The CIM fund, in turn, pays Trump International Hotels Management LLC 5.75 percent of the SoHo’s operating revenues annually to run it. (CIM also pays operating and overhead charges on 263 of the 391 hotel units in the Trump SoHo because they have not been sold to external condo owners.) To put hard numbers on it: In 2015 and the first five months of 2016, Trump International Hotels Management LLC drew at least $3.1 million from CIM under its contract to manage the SoHo, and Trump received $3.3 million in personal income from the hotel management company.

Q: You asked a number of ethics experts whether this arrangement is constitutional. Why might it be a problem for Trump?

A: Article II of the U.S. Constitution says the President gets a fixed salary while in office and “shall not receive within that period any other emolument from the United States, or any of them.” Emoluments are generally defined in the context of the Constitution as funds or gifts of value given by governments. I showed my work to six constitutional law and ethics experts, and most of them said the flow of payments between state- and city-run public pension funds, the Trump SoHo’s owner, and Trump’s hotel management company put Trump at risk of violating that clause. If he was found to be in breach of the Constitution by a court, he could be ordered to divest from his businesses. Some experts pointed out that everything depends on how broadly a court interprets the domestic emoluments clause. As one expert put it to me, “We’re in largely uncharted territory on that front given that past presidents have gone to great lengths to avoid the kinds of issues we’re now confronting.”

A: The lawsuit that Citizens for Responsibility and Ethics in Washington (CREW) brought against Trump in January focuses mainly on alleged emoluments that Trump has received from foreign powers. CREW’s complaint does contain a few examples of how Trump’s business interests have put him in potential violation of the domestic emoluments clause, such as the fact that the General Services Administration is allowing a Trump-owned business to remain on the federal lease for the “Old Post Office” building in Washington, D.C. even though the lease says no elected official of the United States may benefit from it. The CREW complaint doesn’t refer to any state or city investments that benefit Trump financially, but as far as I know, there’s nothing stopping someone from bringing a similar lawsuit on those grounds.

Q: Your reporting has made quite a stir among high-ranking members of Congress. Can you describe what’s going on?

A: The latest development was on May 22, when Senator Patty Murray, the Ranking Member on the Health, Education, Labor and Pensions Committee, asked the U.S. Office of Government Ethics to assess whether the flow of payments from public pension funds to Trump put the president in violation of the Constitution. Previously, Senator Richard Blumenthal, who is leading efforts among Senate Democrats to hold Trump accountable for payments he receives from both foreign and domestic governments, said the public pension fund investments are “near the top, if not at the top” of the potential domestic violations he knows about. Ben Cardin, the top Democrat on the Senate Foreign Relations Committee, said Trump is “setting an extremely dangerous precedent” by not divesting from the hotel management company and his other businesses. Cardin introduced a resolution in March, focused on foreign emoluments, that called on Trump to convert his assets to “conflict-free holdings,” turn over control of his businesses to trustees with no relationship to him, or take some other measure to avoid violating the Constitution.