Jared Kushner presents himself as the owner of gleaming Manhattan properties, but MacGillis discovered that the president’s son-in-law and close advisor also presides over much seedier complexes in Baltimore.

As many as 20,000 people live in these “Kushnervilles,” where residents report rat infestations, backed up pipes, and in one case, maggots wriggling up from a sewage-sodden carpet. The company is notorious for charging tenants exorbitant fees for repairs that go undone, while publicly humiliating anyone who falls even slightly behind on their rent. The company also refuses to accept rent checks and forces tenants to shell out $3.50 a month to pay through a private service.

“These complexes are just 40 miles from Washington, where there are now thousands of members of the news media all competing to cover the same, admittedly huge story of the Trump regime,” MacGillis observed in his Backstory interview. “It’s so important that those of us who have the resources to do so strike out to look for stories elsewhere, to uncover the worlds that have gone so overlooked,” he said.

Kushner has turned his low-income tenants into cash cows with a legal strategy that is considered over-the-top even by sharp-elbowed industry standards. Court records show that Kushner’s lawyers indiscriminately drag tenants to court for lease-breaking, even when the tenants are in the legal right. MacGillis characterized the company’s approach to litigation as an “assembly line production,” where self-representing tenants are routinely steamrolled in court, even when the law is on their side. And the company pursues the cases for as long as it takes to collect – even a few hundred dollars – often over several years.

Kushner has resigned as CEO of his real estate company, but he still owns 60% of the firm, an arrangement that puts the public at risk of conflicts of interest, particularly with regard to federal housing policy.

“MacGillis has unmasked the president’s closest advisor as a slumlord,” said Sidney judge Lindsay Beyerstein, “His reporting raises urgent questions about whether Housing and Urban Development will enforce Section 8 housing regulations when the landlord is ‘Secretary of Everything.’”

Alec MacGillis covers politics and government for ProPublica. He is a resident of Baltimore and the author of “The Cynic,” a biography of Senate Majority Leader Mitch McConnell. 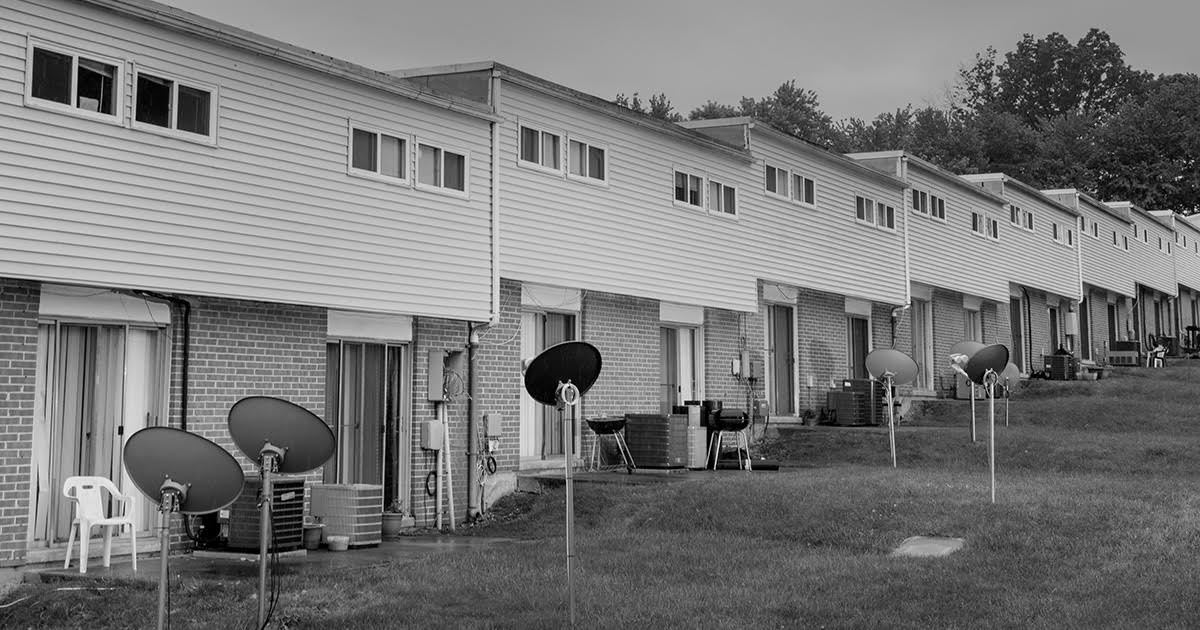 Q: How did you become aware that Jared Kushner owned large numbers of low-income housing units in Baltimore?

A: There were passing mentions of his owning Baltimore rental properties in two profiles of him shortly after the election, in New York magazine and the New York Times. This caught my eye, not least because I live in Baltimore and worked as a reporter there in years past for the Sun. I figured I was well positioned to take a closer look at what these holdings were like.

Q: It took you a while to figure out how Kushner’s company could profit from pursuing small claims against tenants, seemingly irrespective of their legal merit. What did you learn about the company and its business model?

A: When I first started reporting the piece, I assumed it would be more of a sociological study, simply looking at what life was like in these complexes. But as soon as I ran the company’s name in the Maryland court database, I realized that I had a different sort of story on my hands. There were so many cases of the company pursuing tenants that the database couldn’t display them all. It did not take long to notice that many of the cases involved the pursuit of tenants who had left the complexes before Kushner had even bought them. What took much longer was reaching these former tenants and discovering that many of them had been pursued despite being fully in the right. At that point, it became clear that the company had what amounted to a blanket policy of pursuing any tenant and former tenant who could conceivably be construed to owe the company money, a pursuit that could last for several years. It was an assembly line production.

Q: Is JK2 Westminster, a legal entity through which Kushner administered the Baltimore properties (JK for Jared Kushner), a profitable company by industry standards?

A: “JK2 Westminster” no longer exists by that name. It was simply the Kushner Companies entity through which the company was filing many of these lawsuits, and it phased out as a legal entity in December. We have no way of knowing just how profitable the apartment complexes owned by Kushner Companies are, given that it’s a private company.

Q: Kushner stepped down as CEO of his company in January, but he still owns an estimated $600 million share in the company. What concerns does this raise about conflicts of interest?

A: When it comes to his stake in these apartment complexes, the main potential area for conflict of interest involves HUD policies. Many of his tenants receive Section 8 vouchers, and the administration’s budget calls for deep cuts in these vouchers, though not as deep as the cuts to actual public housing. The White House told the Baltimore Sun a few months ago that he would recuse himself from any discussions of Section 8 funding. But there is also the broader question of HUD’s enforcement of regulations around properties that rely on Section 8 funding. Would HUD be willing to hold to account complexes owned by the president’s son-in-law, who occupies the office closest to the Oval Office?

Q: What did you learn from this investigation that you’ll carry forward to the next project?

A: Reporting this piece reaffirmed for me the importance of looking off the beaten path. These complexes are just 40 miles from Washington, where there are now thousands of members of the news media all competing to cover the same, admittedly huge story of the Trump regime. Meanwhile, just up the Acela Line, here were these complexes with more than 20,000 people paying rent to Jared Kushner and experiencing all sorts of extraordinary travails, and no one paid them any mind. At a time when the media has become so concentrated in Washington and NY, it’s so important that those of us who have the resources to do so strike out to look for stories elsewhere, to uncover the worlds that have gone so overlooked.