Motel 6 claims that the snitching was limited to two locations that decided on their own to cooperate with ICE, but doubts linger. A coalition of union and human rights activists is calling on the Attorney General of Arizona to investigate.

“Motel 6 betrayed its own customers, and the New Times team exposed their underhanded tactics. Motel 6 has no obligation to cooperate with ICE. The company’s actions are a violation of privacy and an attack on the immigrant community,” said Sidney judge Lindsay Beyerstein.

Antonia Noori Farzan is a staff writer at Phoenix New Times and an honors graduate of Columbia University’s Graduate School of Journalism, where she was awarded a Pulitzer fellowship. Before moving to Arizona, she worked for the New Times Broward-Palm Beach.

Joseph Flaherty is a reporting fellow at Phoenix New Times. A former Fulbright grant recipient, he is a graduate of Middlebury College and Columbia University’s Graduate School of Journalism. 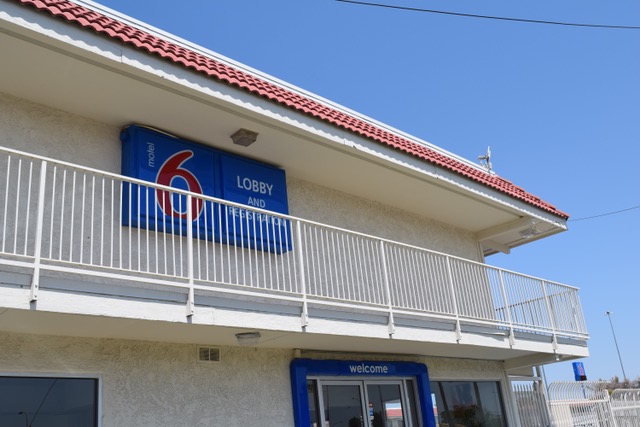 Two Motel 6 locations in Phoenix — including 4130 North Black Canyon Highway, pictured — were the sites of at least 20 ICE arrests between February and August.
Joseph Flaherty

Q: How did you become aware that ICE was making a lot of arrests at Motel 6?

A: Joseph: It all started with a tip — we had heard that immigration attorneys were concerned about a spate of ICE arrests happening at Motel 6 locations. Of course, we were very curious, and immediately began talking to attorneys, who confirmed that this was the case. However, in order to grasp the scope of the trend and to nail down the specific locations, we wanted to dive into the court records.

Q: You learned from court documents that ICE had made at least twenty arrests at Motel 6s in seven months. How did you find the Motel 6 needle in the records haystack?

Antonia: It was definitely slow going. We went through PACER and located every case in 2017 where someone had been charged with illegal re-entry or other immigration-related offenses in federal court in Phoenix. In the statement of probable cause that’s included with the criminal complaint, we were able to see where ICE had made the arrest. The address of two Motel 6s in Phoenix kept coming up again and again, but, oddly, no other hotels or motels did.

Q: Can you describe the interviews in which the desk clerks admitted they were sending information to ICE?

Antonia: That was a huge shock. We had been hearing from attorneys that they suspected individual desk clerks were tipping off ICE about people who checked in with Mexican ID’s. When I asked flat-out whether that was happening, though, I was told that it wasn’t…because they were sharing all guests’ information with ICE. Needless to say, I wasn’t sure if I had understood correctly, and asked the question several times to make sure I was hearing right. Hours after our story came out, Motel 6 (who hadn’t responded to any of our questions up until that point) confirmed what I’d been told.

Q: What impact has the series had so far?

Joseph: After the story was published, there was a wave of backlash for Motel 6, including intense social media criticism and calls for a boycott of the company. Various lawmakers also started asking questions of ICE. The Motel 6 parent company released a series of statements that disavowed the practice and said that these two Phoenix locations implemented it without corporate knowledge. They also said they’ll issue updated guidelines to motels on how to cooperate with authorities, including a policy that locations cannot voluntarily hand over guest lists, absent a warrant. But we have a ton of questions (what was the origin of this Motel 6-ICE coordination? Was this happening in other cities?) and as a result we’re still reporting.

Q: Did anything funny or unusual happen in the course of reporting this series?

Antonia: I definitely got mistaken for a prostitute multiple times in the course of reporting this story. In order to try and figure out what was going on, I spent a couple of nights hanging out in Motel 6 parking lots and talking to guests and staff. That led to some pretty weird interactions where I tried to explain that I was there for work…but not that kind of work.

Q: What did you learn from this investigation that you will apply to future projects?

Joseph: To me, the story showed how an effective investigation has to roll together a bunch of moving parts. Sources in the community, knowledge of previous motel/law enforcement investigations, and a painstaking search through the court records were all crucial to the piece. And the sheer volume of information and leads we were sorting through at the beginning required a team reporting effort.