Michael Lewis wins the August Sidney for “The Scariest Nuclear Threat Could be Coming from Inside the White House,” published by Vanity Fair.

The Department of Energy (DOE) maintains our nuclear arsenal, guards against nuclear accidents, monitors international nuclear pact compliance and keeps fissile material out of the hands of terrorists around the world. Sounds important, right? And did you know that DOE incubates cutting-edge alternative energy tech, fosters scientists and startups, and delves into the origins the universe?

Now consider that Donald Trump’s Department of Energy is headed by Rick Perry, a man who once campaigned to have the agency abolished and who later admitted during his cabinet confirmation that he didn’t understand what it did. Lewis reveals that DOE’s woes go far deeper than an oddly disconnected front man and looming budget cuts.

After the election, DOE officials waited for Trump officials who never showed up or who refused to be briefed on the most basic aspects of operations. Obama appointees were let go without anyone to replace them. The department’s Obama-era CFO finally just left when he was neither asked to leave nor invited to stay.  The top official in charge of the nuclear weapons program packed up his belongings and left the building before some members of Congress realized there was no one to replace him and persuaded the White House to hire him back.

Trump’s DOE is leaving terrifying risks “essentially unmanaged,” as Lewis puts it. After six months in office, Presidents Obama and Bush had already installed most of their top 10 DOE appointees, whereas Trump has only placed Perry.

“Lewis’s reporting lays bare the potentially catastrophic neglect of the Department of Energy,” said Sidney judge Lindsay Beyerstein. “The piece hints at even larger problems in Trump’s federal government where vital positions remain unfilled across the board, seemingly by design.”

Michael Lewis is the author of several New York Times bestselling books including The Big Short, The Blind Side, and Moneyball. He is a columnist for Vanity Fair and Bloomberg View. 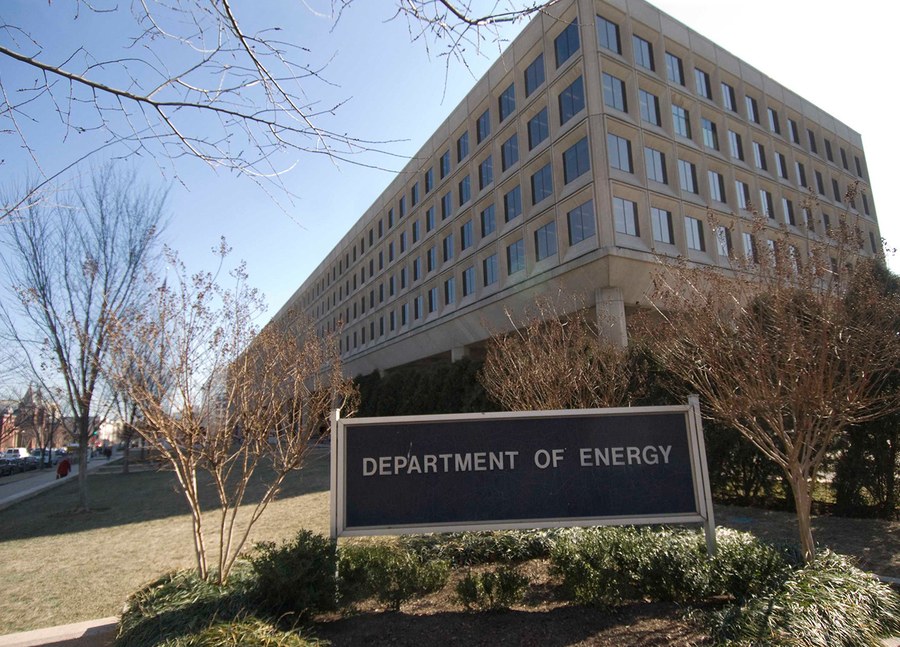 Q: How did you become interested in the fate of the Department of Energy under Trump?

A: When Trump appointed Rick Perry to be the new head of the DOA it was sheer theater of the absurd. You will recall that Perry, in his 2012 presidential run, had called for the department’s abolition without being able to remember its name or knowing what it did. This situation seemed too rich to pass up.

Q: Of all the dire scenarios that you entertain in the piece—from a nuclear spill to a North Korean crisis—is there one in particular that keeps you up at night?

A: One of my major sources for the piece, John MacWilliams, who had been the DOE’s chief risk officer, cited an attack by North Korea as the most nightmarish prospect, and one that was increasingly likely, given that we no longer have the knowledgeable experts we once had in the D.O.E. researching North Korean capabilities. Recent events bear this out.

Q: How did not having a security clearance complicate the reporting of this story, and how did you get around this obstacle?

There were certain details unavailable to me, but the threats they involve are so fundamental that they can be appreciated even without many specific details.

A: Other than human sources, what resources did you use to get up to speed on the inner workings of D.O.E.(books, court documents, government reports…)?

Plutopia by Kate Brown; The Making of the Atomic Bomb by Richard Rhodes; The American Census, by Margo J. Anderson; Big Data: A Revolution That Will Transform How We Live, Work, and Think, by Viktor Mayer-Schönberger and Kenneth Cukier; Lights Out: A Cyberattack, a Nation Unprepared, Surviving the Aftermath, by Ted Koppel; Presidential Transitions, by Patrick H. Sanaghan and Larry Goldstein; Preparing to be President: The Memos of Richard E. Neustadt, by Richard E. Neustadt and Charles Jones; and Plutonium: A History of the World’s Most Dangerous Element, by Jeremy Bernstein.

Q: Was it difficult to get John MacWilliams, the former chief risk officer for D.O.E., to talk?

A: MacWilliams thought it was important to speak to a journalist, given that the plight of the D.O.E. under Trump and Perry had not been seriously reported.