Emmanuel Felton and Hannah Knowles of The Washington Post win the March Sidney Award for showing how “Stand Your Ground (SYG) Laws” are spreading across the country and legalizing more extreme violence in the name of self-defense. Fifteen years ago SYG laws were rare, but today most U.S states have them.

SYG laws abolish an ancient legal concept known as the “duty to retreat,” which means that if someone confronts you outside your home, you must back away, if possible, rather than resorting to deadly force. A new SYG law is often followed by a surge in gun violence. According to one study, SYG laws may be responsible for an 11 percent rise in gun homicides.

“A lot of research has emerged since stand-your-ground laws started to spread in 2005, and since they drew national scrutiny after the 2012 killing of Trayvon Martin,” said Felton and Knowles in a Backstory interview. “But academic findings about stand-your-ground laws’ effects – and activism against the policies – did not seem to bring about much change.”

Gun safety advocates say that SYG laws have not only been getting more common, they’ve also been getting more extreme. There’s a move afoot in the states to force prosecutors to prove that SYG does not apply before going to trial. A bill being debated in Arizona would legalize shooting to kill vandals if they were carrying anything that could be used as a weapon.

“Stand Your Ground has become a license to kill,” said Sidney judge Lindsay Beyerstein. “This story calls attention to SYG as an urgent racial justice issue.”

Emmanuel Felton is the race and ethnicity reporter at The Washington Post. He came to The Post from BuzzFeed News where he was an investigative reporter on the inequality desk. Felton has spent over a decade writing about the role of race and racism in American policymaking.

Hannah Knowles is a general assignment reporter for The Washington Post. Recently she has covered the omicron variant and the killing of Ahmaud Arbery. She lives in D.C. 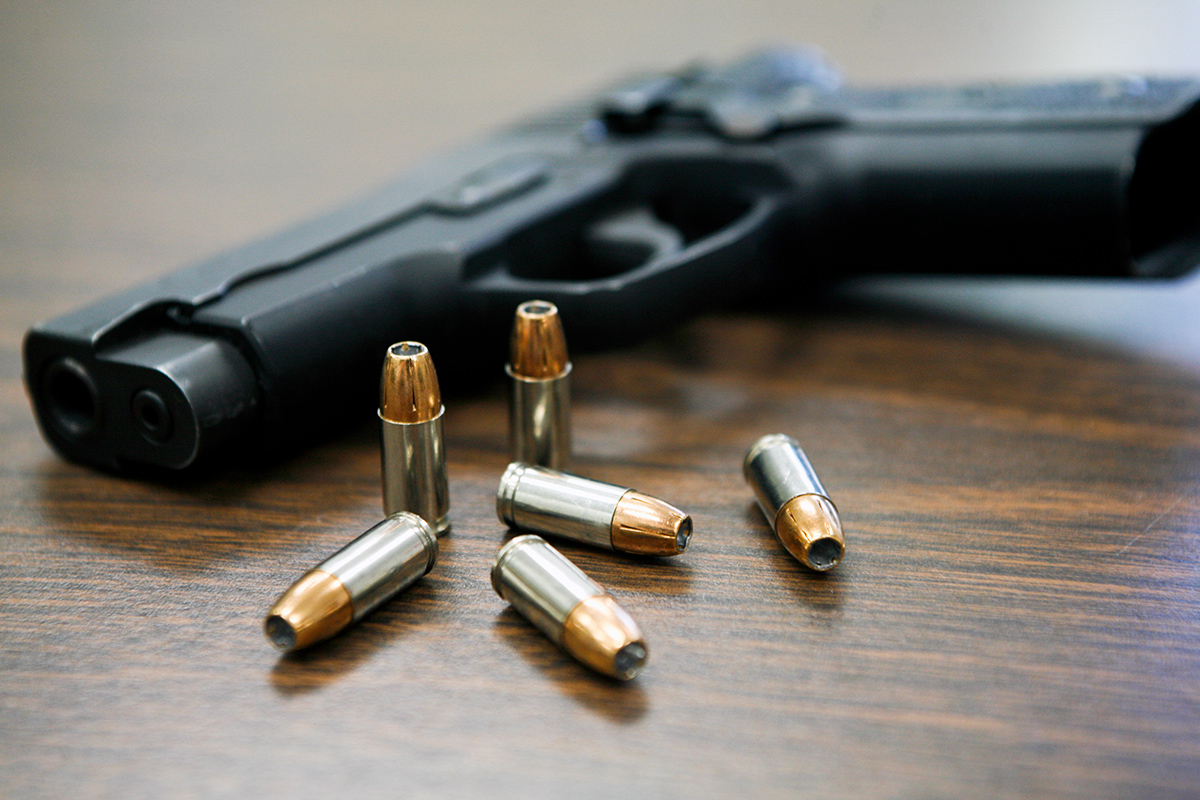 Q: What prompted you to start researching Stand Your Ground laws?

A: Hannah started looking at stand-your-ground laws last fall while writing about the lack of momentum to change citizen’s arrest and self-defense laws even as they made headlines time and time again after high-profile killings, and as research backed arguments they encouraged reckless violence. A lot of research has emerged since stand-your-ground laws started to spread in 2005, and since they drew national scrutiny after the 2012 killing of Trayvon Martin. But academic findings about stand-your-ground laws’ effects – and activism against the policies – did not seem to bring about much change. Researchers said they felt like they were shouting into a void. As we approached 10 years since Martin’s death, The Post planned several stories examining how that killing has reverberated, and that’s where Emmanuel came in to help get the story done in time for the anniversary.  Emmanuel was also interested in stand-your-ground laws and we teamed up to turn the story around quickly. We wanted to take stock of stand-your-ground policies and why they have only expanded.

Q: Can you describe your overall strategy for reporting this story?

A: We wanted to make sure that we were painting a full picture of how pervasive these laws had become across the country. While many people have reported on how these laws spread in Republican-controlled states, we did a deep dive around the country and found Democrats who too were pushing for these laws. We also knew that many conservative states had taken their stand-your-ground policies further in recent years and wanted to highlight the next iteration of self-defense bills being proposed in state legislatures.

Q: What kinds of public records did you use to tell this story, if any?

A: Our story didn’t use many public records, besides legislative histories, but instead relied mostly on interviewing activists, researchers and lawmakers and going through the scholarly research on the effects these laws have had on gun violence.  In many ways, this story was hidden in plain sight.

Q: Have there been any notable developments since the story ran that you’d like to update us on?

A: We definitely were not alone in examining stand-your-ground laws for the 10th anniversary of Martin’s death, and in general I think a recent wave of media coverage has brought new attention to the debate. A Florida’s jury’s recent not-guilty verdict in a widely-followed fatal shooting case – which The Post has also covered –  put Florida’s self-defense laws in the spotlight as well. But stand-your-ground laws often make headlines, and as we found in our story, all the criticism has not really translated to legislative change. It sounds like the latest research will be a talking point as other states consider whether to adopt stand-your-ground policies. But we hope our story will add to the ongoing conversation. We spoke to lawmakers at both ends of the process of passing stand-your-ground laws, from Democrats in Hawaii who see it as a potential response to an increase in anti-Asian hate crimes to Kansas politicians grappling with how their law has been used in cases where they don’t think it should have applied. We hope that that reporting will start a conversation across states and parties.

Q: What did you learn from this story that you’ll carry forward to your next assignment?

A: We had written about stand-your-ground laws before but this story was both timely and a bit unexpected. During the 10th anniversary of Martin’s death, readers were looking to understand what has and hasn’t changed since his killing sparked a movement. This piece was published at the right time. We were also able to give a nuanced picture of who supports stand-your-ground laws, which is sometimes lost in the discussion. Going forward we want to keep casting a wide net for sources and think carefully about when to publish deeper policy dives to capture people’s attention.