Josefa Velásquez of The City wins the April Sidney Award for “Meet Christian Smalls and Derrick Palmer, the DIY Duo Behind the Amazon Labor Union’s Guerrilla Bid to Make History,” a profile of the two young Black men who led the first successful unionization drive in Amazon history at the JFK8 warehouse in Staten Island.

The profile, which was published before the union’s upset election victory earlier this month, chronicles the unconventional youth-oriented approach that Smalls and Palmer took to running the campaign for their independent Amazon Labor Union (ALU). The organizers connected to JFK8’s young workforce with a combination of tireless in-person outreach and effective use of social media to dramatize their struggle.

Amazon execs sought to make Smalls “the face of the entire union/organizing movement,” according to a leaked memo, and ironically, they got their wish.

After being fired and arrested for organizing, Smalls made a public bus stop the nerve center of his outreach, spending days chatting with JFK8 employees on their way to and from work. ALU proved its commitment to the wellbeing of workers with concrete actions, like installing a heat lamp at the bus stop and fighting to keep it running. Unlike Smalls, Palmer was not fired, so the two were able to organize on both the inside and outside.

“This story conveys the creativity, brilliance, and bravery behind the historic ALU victory,” said Sidney judge Lindsay Beyerstein, “They showed that the union is the workers.”

Josefa Velásquez is a senior reporter at the non-profit news website THE CITY, where she covers inequality in the five boroughs. She had previously been covering New York politics for THE CITY at the state Capitol in Albany. A native of Chile, Velásquez has spent the bulk of her career focusing on politics and how it influences everyday life. 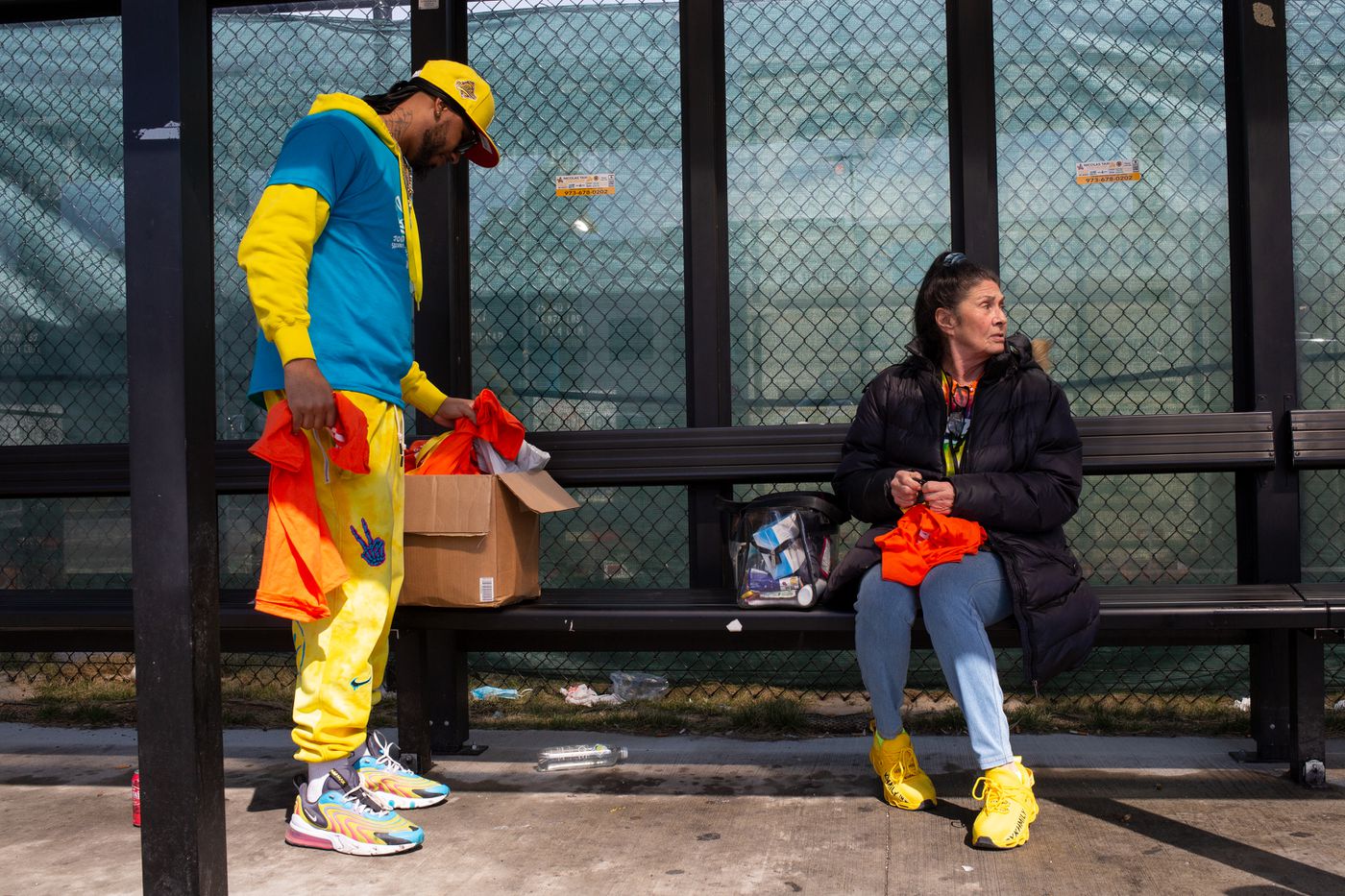 Amazon Labor Union President Christian Smalls handed out union shirts as workers waited for their bus. The bus stop in the development park where Amazon has its Staten Island warehouses has become the nerve center for organizing efforts.
Ben Fractenberg/THE CITY

Q: You’ve covered organizing before. What struck you as different about the JFK8 campaign?

A: The thing that struck me the most is how relatable this group of organizers are to people of a certain age. Walking around the Amazon campus on Staten Island looks more like a college campus or high school than a warehouse. They’re using social media to help organize, knowing that most millenials and Gen-Z are glued to their phone and get most, if not all, of their information through TikTok, Twitter and Instagram.

Q: Describe your overall approach to reporting the story?

A: Amazon is a company that is followed very carefully by a slew of reporters. I knew going into this story that there had been countless stories written about Amazon and organizing efforts, so I tried to read everything that had been written about the Amazon Labor Union and Amazon’s efforts to dissuade workers from unionizing and tried to figure out where I could add value and insight. And while there had been stories written about the ALU, none ever got to the core of who these individuals were before Amazon and what drove them to wake up one day and decide to take on one of the biggest, most powerful companies in the world.

Q: How much access did you have to Amazon itself during your reporting. Did you get to see inside the facility?

A: No. Access to Amazon was limited, although, since workers were allowed to keep their cellphones on them (a pandemic-spurred change) we could see what the warehouse looks like and how Amazon was decorating the place with anti-union posters and flyers. Through social media, we also caught glimpses of the kind of work that goes into an order — from picking out items, to packing it and the delivery.

Q: What can established unions learn about organizing from Smalls and Palmer’s approach?

A: Innovate and get young people engaged through social media, events and potlucks. Unions should be able to adapt quickly to the changing times.

Q:  I’ve read that the Amazon organizers were able to turn the mandatory anti-union meetings to their advantage. Is that correct? And if so, how did they do that?

A: Organizers were able to turn these mandatory “captive audience” meetings by pushing back on the claims the speakers were making and interrupting their speeches. That forced everyone else at the meeting to perk up and listen to the back and forth.

Q: Was there anything you wish you could have included in the final piece but didn’t?

A: I wish we had included more details of what the lead organizers wear and more photos. I knew that adding the niche details of the kind of sneakers they were wearing would go over many people’s heads, but for so-called “sneakerheads” (people who follow sneaker culture) those details are important because some of these shoes are exclusive and hard to get. It also makes these organizers more relatable to young men.

A: Just because I found this group relatable, doesn’t mean everyone does. It forced me to take my time and explain to a broader audience their appeal to younger people.