Charlie Pierce of Esquire wins the September Sidney Award for “Love and Death in New Orleans, a Decade After Hurricane Katrina,” an unforgettable story of loss and resilience elucidated by the shooting of a beloved black police officer and the shuttering of a storied hospital for the poor.

September marks the tenth anniversary of Hurricane Katrina, which destroyed vast swathes of New Orleans and displaced tens of thousands of residents. The devastation created a canvass for disaster capitalism.

Public institutions, including schools and hospitals, were radically reconstructed according to free enterprise dogma. A decade on, Pierce found the city to be a patchwork of neighborhoods–some are flourishing, while many others remain as neglected as ever.

“Charity [Hospital] was an institution built for the poor of New Orleans. It stood as a place of refuge,” Pierce wrote in Hillman’s Backstory interview, “It is now closed because people who are decidedly not poor decided to change its mission and make obsolete its function in favor of a shiny new place that serves a different purpose.”

Charlie Pierce has been a working journalist for almost 40 years. He has been with Esquire since 1997 and is the author of four books, and a paid wisecracker on National Public Radio’s Wait Wait Don’t Tell Me. 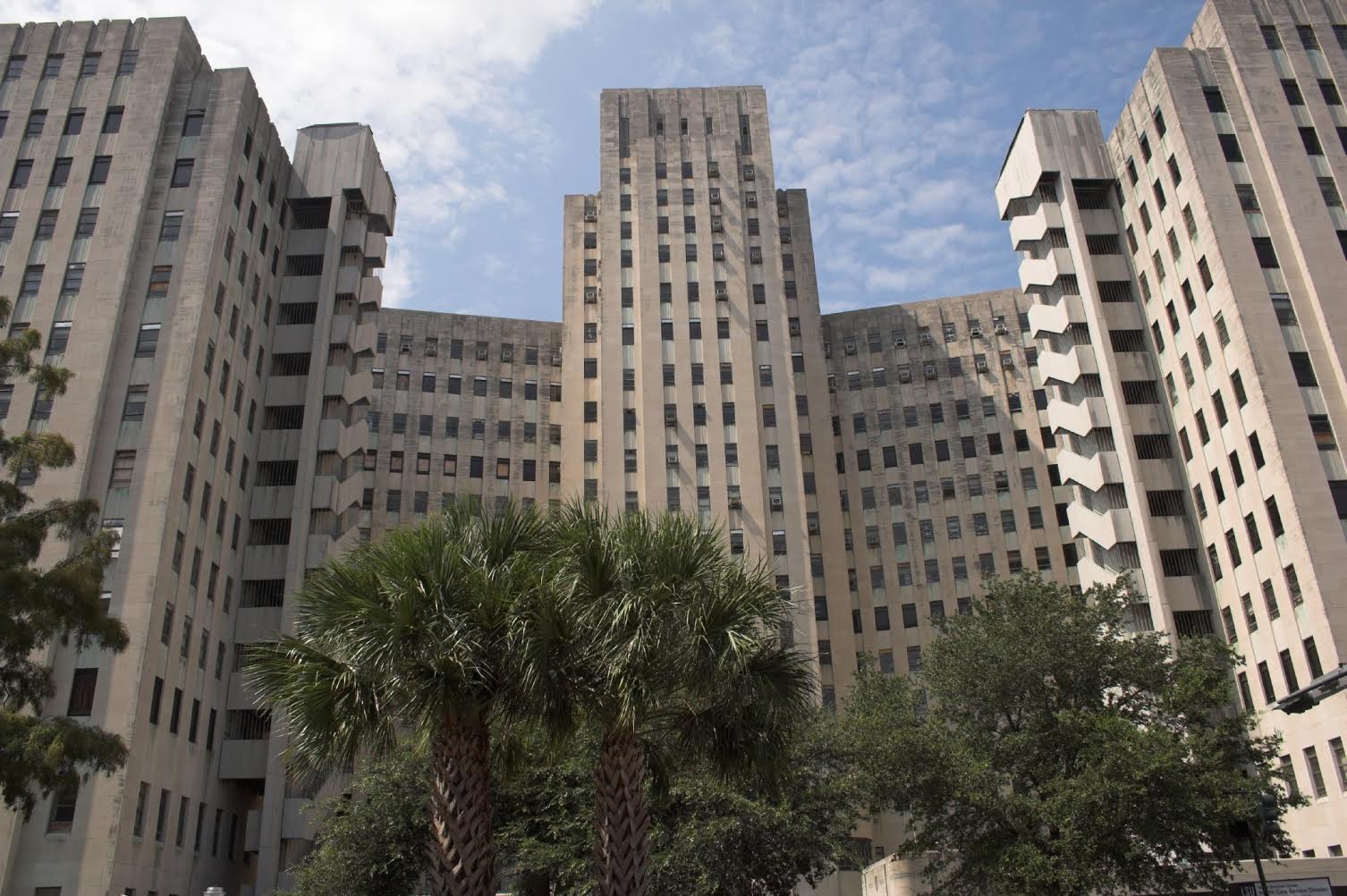 Once a refuge for the poor of New Orleans, Charity Hospital was shuttered in the aftermath of Hurricane Katrina
Derek Bridges, Creative Commons

Q. The story begins and ends with the recent funeral of Daryle Holloway, a police officer killed in the line of duty, why did you choose him as a central figure?

The piece evolved as I stayed in New Orleans. I went down not knowing what I was going to write and then I started calling people. Holloway’s death was all over the news. I found out from the people at a community center that I visited that Holloway had been killed not far away, The doctors at Charity told me about his mother’s working there and about his work during and after the storm. The picture of him is a famous one. And I was there at his funeral. The theme of what’s lost and what remains and what is built was suggested by his life and death.

Q: You write that, when it comes to the legacy of Hurricane Katrina, the shuttered Charity Hospital “is the whole damn story.” What do you mean by that?

A: Again, the theme of knowing that you have to count the cost before you can move on – or, to be Catholic about it, do penance before you are absolved – is all over New Orleans. Charity was an institution built for the poor of New Orleans. It stood as a place of refuge. It is now closed because people who are decidedly not poor decided to change its mission and make obsolete its function in favor of a shiny new place that serves a different purpose. That’s the whole damn story, with a slice of disaster capitalism in there to give it flavor.

Q: Charity Hospital is now abandoned. What’s likely to happen to the building?

A: There’s some talk about having someone buy it for office space or something. It’s too big to leave vacant and too iconic to tear down. If they try to tear it down, there might be a riot.

Q: Katrina opened up vast expanses of New Orleans for so-called “disaster capitalism.” How has the city changed as a result?

A: If you talk to enough people, you get enough answers to make you totally confused. Certainly, the overhaul of the public schools is pure disaster capitalism. So is the fact that so much money has been spent to gentrify some neighborhoods while neglecting others. The people of the Katrina diaspora are almost completely forgotten now, except for their families who still live in New Orleans. It’s like they’ve been beamed off to Neptune. What’s left can be seen as more like a theme park sometimes.

Q: The violent crime rate in New Orleans is twice the national average. What needs to be done to make the city safer?

A: If you want to use the catastrophe of the storm as an excuse to experiment, then experiment with everything. Completely overhaul law enforcement and throw as many resources as you can into police training, community policing, drug treatment, and government infrastructure jobs. Do not draw arbitrary architectural/urban recovery lines that serve only to ghettoize the people who most desperately need help.