Esther Kaplan Wins July Sidney for “Losing Sparta: The Bitter Truth About the Gospel Of Productivity”

Esther Kaplan wins the July Sidney Award for “Losing Sparta: The Bitter Truth About the Gospel Of Productivity,” a feature in The Virginia Quarterly Review which describes how a Philips lighting plant in Sparta, Tennessee got off-shored to Monterrey, Mexico, despite being rated the top Philips plant in its class.

Economists and politicians promise that productivity gains will save American manufacturing. But the Sparta plant was a model of lean operations with a dedicated union workforce, a high-efficiency production line, and an enviably central location from which to ship its fluorescent fixtures to customers across the country. It was so well-run that once the closing was announced, local investors offered to put up millions in an unsuccessful bid to buy it.

Philips could not explain the economic case for moving the plant to Mexico, and in the end, it probably lost money on the move. The town of Sparta lost thousands of jobs. Drawing on interviews with plant workers and managers, cutting-edge economic research, and granular economic analysis of the plant’s finances, Kaplan suggests a terrifying possibility: The Philips offshoring decision wasn’t a rational economic calculus after all.

“Multinational corporations defend offshoring as a rational economic decision, but Kaplan’s reporting on Philips and other multinationals suggests that offshoring may have devolved into a reflex that threatens American jobs without enriching shareholders,” said Sidney judge Lindsay Beyerstein. “Not even the most productive workers are safe.”

Esther Kaplan is editor of The Investigative Fund at The Nation Institute, where she has overseen dozens of award-winning investigations. She was the 2013 Josephine Patterson Albright Fellow at the Alicia Patterson Foundation. Previously, she worked as an editor at The Nation, Poz, and The Village Voice and as communications director at CWA Local 1180; she is the author of “With God on Their Side: George W. Bush and the Christian Right” (New Press). 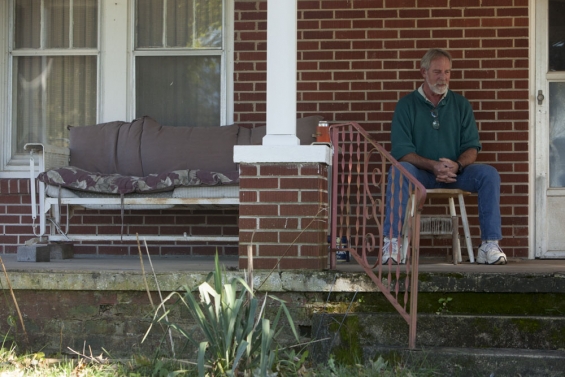 Q. What piqued your interest in the Phillips lighting plant in Sparta, Tennessee?

I used to edit a union newspaper, for a CWA local, and in the years since I left that job I’ve served as a judge for the journalism prizes that ILCA, the International Labor Communications Association, gives out. And there was this one award-winning story by Len Shindel in The Electrical Worker, the IBEW newspaper, that just stuck with me. It was written not long after Philips announced its plans to close the plant, and described the extraordinary efforts of the IBEW local and the workers at the plant to mobilize the whole town to try to keep it open. It made me think of the factory takeovers in Argentina when their financial crisis hit in 2001, when workers simply took over and restarted shuttered plants. Of course I was also struck by the irony that this plant had just been named one of the most productive in America and wanted to understand why a corporation would shut a plant like that down. And I also wanted to find out what happens after. The death of a plant barely makes news outside of the local papers, but it’s a devastating event.

So eventually I decided to reach out to Len, who generously put me in touch with the IBEW staff rep in the area, Brent Hall, a gutsy organizer who was really loved by the workers at the plant, and he introduced me around.

Q. Politicians and economists like to say that productivity will save American jobs, what’s wrong with that analysis?

A. Well, it turns out that there’s a pretty dubious relationship between productivity and job creation, both in broad strokes and at the granular plant level. In general terms, corporations are enjoying record profits, the result in part of productivity gains, but instead of making the investments that would create jobs they’re just sitting on the cash. There’s nothing automatic about profits being plowed back into the economy and right now it’s just not happening on a large scale.

On the plant level, I stumbled across a study by Kate Bronfenbrenner of Cornell and Stephanie Luce of the University of Massachusetts at Amherst that was a revelation: they looked into instances when plants were shut down and the jobs offshored — as was the case with this Philips plant, where most of the jobs ended up in Mexico — and found that these decisions were not necessarily associated with a lack of profitability, but rather tended to be made by large, profitable corporations. And the plants that were shut down had often been recently acquired. Meaning a perfectly productive, income-generating plant can become a target. All that good stuff like lean manufacturing and just-in-time production won’t necessarily save you.

Q. You found that companies like Phillips are hardly required to explain their offshoring decisions, even when they are receiving substantial public subsidies. Why is this?

A. This was one of the biggest surprises for me. Why doesn’t the Department of Commerce require even a word of disclosure about the reasons a corporation offshores U.S. jobs? Why doesn’t the SEC even require corporations to report the size of their U.S. workforce, or report whether it’s growing or shrinking? Why do federal, state and local governments offer stimulus grants and tax subsidies to factories without insisting on some basic disclosure when the jobs get offshored? Why don’t more economists study this? We’ve lost some 70,000 plants in this country in the past 15 years and very few people have bothered to figure out why. It seems absurd, but it’s true. A recent study by Michael Porter and Jan Rivkin of Harvard Business School found that offshoring was the strategic business decision that receives the least due diligence. Maybe some disclosure requirements would change that.

Q. The story is accompanied by a series of photographs. Tell us about your collaboration with the photographer, David M. Barreda.

A. David is my partner and an accomplished photojournalist, so we’d always wanted to work together. Thanks to an Alicia Patterson Fellowship, I finally had the budget to bring him along to Tennessee on one of my reporting trips for this story. He’d actually experienced his own version of this story in the journalism world, because he had been a staff photographer at the Rocky Mountain News, before it was bought out and then shut down, so he was sensitive to the real shock and trauma involved for workers when an institution that’s been around for decades is abruptly eliminated from on high. And during our time in Sparta, we both came to feel deeply connected with the people we met.

Of course one problem with collaborating with your partner is we had to bring along our 2-year-old. I remember standing in a parking lot one cold afternoon trying to interview Judy Phifer, a former worker at the plant, with a very fussy Alma strapped onto my chest, while David was driving out to shoot photos of another former worker, Jim Gray, as he attended job training. But she probably made it easier to connect with people, too. We spent a really memorable afternoon with the Pendergraphs, where I chatted with Dwayne, a former plant worker, and his wife Darla as their daughter delighted Alma by letting her help feed the rabbits.