Jessica Silver-Greenberg, Michael Corkery and Robert Gebeloff of the New York Times win the November Sidney for “Beware the Fine Print,” a sweeping exposé of the private arbitration system.

In the last few years, it has become difficult to rent a car, sign up for cellphone service, or accept a job without signing away your right to your day in court.

Companies like Amazon, eBay, and Time Warner make customers give up their right to adjudicate disputes in court, either individually, or as part of class action lawsuits, as a condition of doing business.  Instead, customers must agree to settle their grievances in private arbitration. This newfound corporate power stems from two recent Supreme Court decisions that upheld the primacy of the contract.

Forced arbitration has been dubbed a “get out of jail free” card for corporations. Class action lawsuits have historically been a vital check on bad corporate behavior, from overbilling to predatory lending, wage theft, and sex discrimination. The Times found that private arbitration has become an alternative justice system where judges and juries are replaced by single arbitrators who regard the companies as their clients. What’s more, the procedural rules of arbitration tend to favor big business over consumers or workers.

“This is among the most profound shifts in our legal history,” federal judge William G. Young told the New York Times in an interview. “Ominously, business has a good chance of opting out of the legal system altogether and misbehaving without reproach.”

“The specter of forced arbitration hovers over almost every business transaction we undertake,” said Sidney judge Lindsay Beyerstein, “Forced arbitration affects everyone, but nobody was talking about it, until the Times started the discussion.”

Jessica Silver-Greenberg covers banking and consumer finance for the New York Times. She was a finalist for the Pulitzer Prize for National Reporting in 2012. She has also won a Sabew Award, a Newswomen’s Club of New York Award, and a New York Press Club Award.

Michael Corkery is a business reporter at The New York Times. He covers the country’s biggest banks including Bank of America, Citigroup and Wells Fargo with a particular focus on finance and consumer lending.

Robert Gebeloff has specialized in data journalism for nearly twenty years and has been a data projects editor at The New York Times in New York since 2008. Recent projects include a look at the environmental impacts of the U.S. domestic oil boom, stories about obscure, specialized financial markets in the energy sector, and a series about the changing nature of the American middle class. 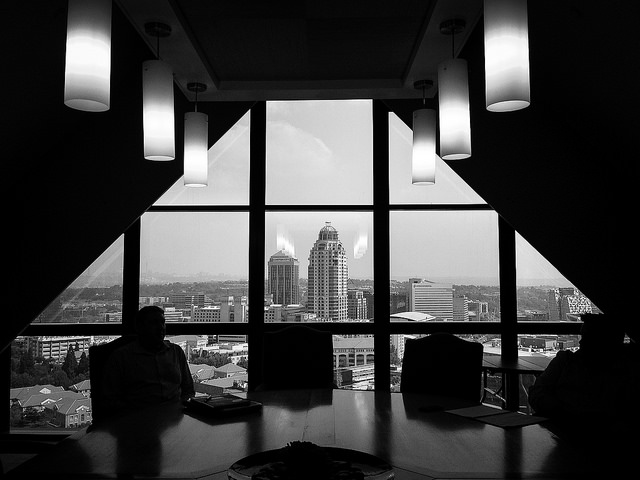 Q: How did you become interested in the issue of arbitration?

A: In our coverage of the finance industry, we came across this story about how financial firms were working to erode the special protections Congress had granted veterans, and mandatory arbitration turned out to be one of the big issues there.

Q: You tell the stories of many victims of dubious arbitrations, from an emergency room doctor alleging sex discrimination to a military man whose car was repossessed on a technicality. How did you find these cases?

A: Once we started reporting, we were asking lawyers and judges familiar with the situation for examples, and then we followed up on the examples by interviewing the participants in these cases. We also assembled a database of arbitration dockets from disclosure reports arbitration firms are required to file in California, and a second database of class action cases where corporate defendants moved to compel plaintiffs to arbitration.

Q: What are class action bans and why should we be concerned about them?

A: When companies first began promulgating arbitration clauses, they had to worry about judges invalidating them because they went too far in eroding the rights of plaintiffs. But gradually over time, the definition of “too far” has changed to the point where the Supreme Court has ruled that a contract is pretty much a contract, and if the arbitration clause says the consumer or employee agrees to waive their right to file a class action lawsuit, that is just another part of the contract.

Q: Who determines the rules of arbitration? Can a company designate anyone they want to arbitrate disputes, on any terms they want?

A: The major arbitration firms have their own set of rules, and the companies can determine what firm adjudicates the arbitration. The rules are generally “fair” to a certain extent, but preclude some strategies plaintiffs rely on in court cases, such as the ability to request documents from the defense as part of discovery.

Q: How do class action bans and arbitration clauses work together to deny ordinary people their day in court?

A: The problem is that certain cases would only work as a class action. If you feel a big company is overcharging you by a few dollars a month, it doesn’t make economic sense to sue them by yourself, and even if you did, it would not have any impact on the company’s behavior. In a class action suit, plaintiffs’ legal resources are pooled and if the company loses or decides to settle, they also will generally put a stop to the practice for which they were sued.

A: The fairness issue has more to do with the procedure. In arbitration, plaintiffs have fewer tools to wage their case. Because the cases are all private, they have no access to precedents from other arbitration. And if they are unlucky and draw a bad or biased arbitration, there is no way to appeal.

We observed better “win” rates for companies that had more arbitration cases, which jibed with some other researchers (see for example this recent paper).

The presumed reason for this is that the arbitrator feels unspoken pressure to rule in favor of the defendant so they get hired again – not necessarily the arbitration firm. Also, there’s another theory that the firms that go to arbitration more often are more skilled at it than a small business that only goes once in awhile…