From derailments to underground strandings, 2017 has seen such frequent serious mishaps in the New York City subway system (MTA) that Gov. Andrew Cuomo declared the system to be in a “state of emergency.”

But Cuomo was the one who forced the MTA to divert $5 million to bail out three state-owned ski operations last year. At least $850 million has been diverted from the MTA’s budget over the last two decades for purposes other than running the subway. And politicians spent billions beautifying stations while the system’s 1930s-era signal system’s cloth-covered cables rotted away.

The story reveals that the woes of the system are due to sustained neglect by both the city and state. The MTA’s daily ridership has doubled in the past 20 years to 5.7 million, but funding has stayed flat. It has the worst on-time performance of any major transit system, with just 65 percent of trains reaching their destinations on time. New Yorkers told the Times that thanks to poor subway service, they’d missed everything from job interviews to court dates to time with their children.

“The health of the MTA is integral to the wellbeing of the working people of New York City,” said Sidney judge Lindsay Beyerstein, “This hard-hitting exposé reveals how city and state officials have mismanaged the system for years.”

Brian M. Rosenthal has been an investigative reporter on the Metro desk of The New York Times since May 2017.

Emma G. Fitzsimmons is a transit reporter at The New York Times, covering New York City’s subways, buses, taxis and “everything that moves” in the region.

Michael LaForgia is a reporter on the Investigations Desk. He joined The New York Times in 2017 after working as an investigative reporter and editor for the Tampa Bay Times. 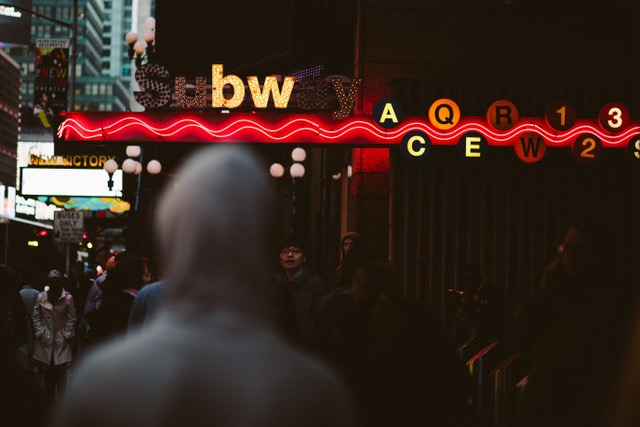 Q: You found that a shocking percentage of the MTA’s budget goes to things that have nothing to do with transit. How did this happen?

A: The reality is that the M.T.A brings in more revenue that almost any other government agency in New York. It made $7.5 billion in revenue from fares and tolls last year, and taxes that were created for its benefit brought in another $5.5 billion. Our reporting found that politicians from both parties have been unable to resist the temptation to dip into that pot of money. Former Gov. George Pataki, a Republican, saw that revenue source as a way to help fund a state income tax cut in 1995, and his ability to do it without facing serious political consequences emboldened others to do the same. So by last year, when Democratic Gov. Andrew Cuomo needed to bail out some state-run ski resorts suffering after a warm winter, he felt like he could direct the authority to spend millions to do it.

Another big issue is that leaders at both the city and state levels have consistently decided that it is better for them politically to spend money on things other than transit. Time and time again over the past 25 years, politicians have cut the M.T.A.’s budget in order to fund other priorities or demonstrate fiscal restraint. That has forced the M.T.A. to rely on borrowing the fund its needs, to the point where nearly 17 percent of its annual budget now goes to pay interest on debt.

One of the people we interviewed, former lieutenant governor and M.T.A. chairman Richard Ravitch, said this about the politicians who control the authority: “They only want to think about the next election. Nobody is thinking about the future.”

Q: Would you describe the MTA’s deteriorating facilities as a threat to public safety?

A: Our reporting found that 25 years of underinvestment in the basic maintenance of New York’s century-old subway system has left tunnels, tracks, trains and signals in poor shape, and that has led to increasing delays. There have been signs that the deteriorating facilities might be threatening public safety, including when a crumbling wall caused a derailment in Bay Ridge a couple weeks ago, but in general, we found that so far, the biggest impact on everyday riders has been a growing difficulty in getting where they need to go in a timely manner.

Q: Is there reason to worry that MTA officials are manipulating official stats to make themselves look better and shift the blame for delays to customers?

A: The M.T.A.’s own internal investigations have confirmed that manipulation has happened multiple times since the 1980s, and patterns in the way the authority has apportioned blame for delays in recent years raise questions about whether it is happening again. It is also worth noting that the M.T.A. does not have a clean method of identifying crowding delays on one line that are caused by breakdowns on another line, so the true causes of at least some of the tens of thousands of crowding delays the authority reports every month are almost certainly being masked.

Q: What did you learn from this project that you will carry with you to your next assignments?

A: First of all, we have more stories coming in the series, so stay tuned! Looking back at the decisions that transit leaders and elected officials have made to push the subway into crisis, it has renewed our commitment to keep a close eye on M.T.A management and to hold officials accountable. We will also closely examine the subway rescue plan and whether it is making a difference in people’s lives, and the funding solutions currently being discussed.

Q: What impact has the story had so far?

A: The story had at least one significant impact before its publication: Over the past 15 years, the state has made the M.T.A. pay $328 million for “advice” about borrowing, even though the authority is a sophisticated operation that contracts with multiple bonding experts. After we questioned state officials about this practice, they said they would no longer issue the charges.

Since publication, there has been a public outcry demanding that politicians and transit officials address the issues that we found. Assemblywoman Amy Paulin, who runs the committee that oversees the M.T.A., said she would be using the article to “figure out what we’re going to do about this crisis.” And Joe Lhota, the authority’s current chairman, promised to address the issues. “We know what has caused the problems,” he said. “Now let’s fix it.”