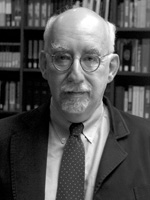 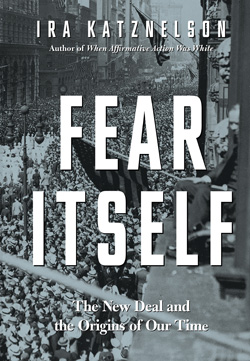 In Fear Itself, Ira Katznelson emphasizes the important role that fear — of poverty, totalitarianism and atomic warfare — played in shaping the New Deal.  In the aftermath of the Great Depression it was not at all clear that democracy would survive here. The same economic crisis confronting the United States led Germany to turn to National Socialism, Italy to Fascism and the Soviet Union already was communist. Katznelson vividly demonstrates that the policies Roosevelt put into place – financial regulation, public works, mortgage protection, union rights, Social Security, minimum wage, farm subsidies – reshaped Americans’ relationship to their government. But to achieve them Roosevelt had to work with political forces that had no commitment to democratic ideals. Katznelson highlights the essential role the Jim Crow South played in the shaping of the New Deal. The South used its power to create regional exceptions to many New Deal policies either by exempting agricultural workers (meaning blacks) from them or by placing administrative control of them in the hands of state governments. The South was willing to support the New Deal as long as it didn’t threaten segregation. Fear Itself redefines our understanding of the New Deal and the legacy of racism in our politics and society.