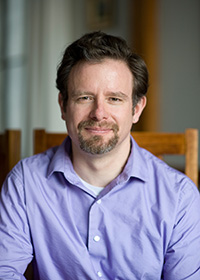 The Half Has Never Been Told
Basic Books 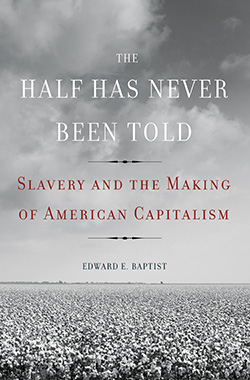 Americans tend to cast slavery as a pre-modern institution—the nation’s original sin, perhaps, but isolated in time and divorced from America’s later success. But to do so, argues Mr. Baptist, robs the millions who suffered in bondage of their full legacy.

As Baptist reveals in The Half Has Never Been Told, the expansion of slavery in the first eight decades after American independence drove the evolution and modernization of the United States. In the span of a single lifetime, the South grew from a narrow coastal strip of worn-out tobacco plantations to a continental cotton empire, and the United States grew into a modern, industrial, and capitalist economy.

Until the Civil War, the most important American economic innovations were ways to make slavery ever more profitable. Through forced migration and torture, slave owners extracted continual increases in efficiency from enslaved African Americans.

Baptist estimates that almost a million enslaved people were trafficked from the Upper South to Lower South in the decades before the war.

The Half shatters the revisionist myth that slavery was an economically outdated institution that would have died out of its own accord, without the need for a civil war. Slavery was durable because it was perennially profitable.

Told through intimate slave narratives, plantation records, newspapers, and the words of politicians, entrepreneurs, and escaped slaves, The Half Has Never Been Told offers a radical new interpretation of American history. It forces readers to reckon with the violence at the root of American supremacy, but also with the survival and resistance that brought about slavery’s end—and created a culture that sustains America’s deepest dreams of freedom.

Ed Baptist grew up in Durham, North Carolina, received his undergraduate degree from Georgetown University, and did his graduate work at the University of Pennsylvania. He has taught at the University of Miami and at Cornell University. He has published The Half Has Never Been Told: Slavery and the Making of American Capitalism (Basic Books, 2014) and Creating an Old South: Middle Florida’s Plantation Frontier Before the Civil War (UNC Press, 2002). With the late Stephanie Camp, he co-edited New Studies in the History of American Slavery (University of Georgia Press, 2006). He and Louis Hyman have co-edited American Capitalism: A Reader (Simon and Schuster, 2014) as an e-book. At Cornell, Baptist teaches about the history of slavery, the U.S. Civil War, American capitalism, digital history, as well as a service-learning course that brings American students to work in the schools of a community in rural Jamaica. Baptist is also leading a project called Freedom on the Move, a collaborative effort in digital history that is building a crowd-sourced database of all fugitive slave ads. He is Professor-Dean of Carl Becker House at Cornell, where he is also an associate professor in the Department of History.