“Choosing a School For My Daughter in a Segregated City” | Hillman Foundation
Skip to main content
Sign up to receive winner announcements, Calls for Entries, Sidney's Picks, invitations and more. 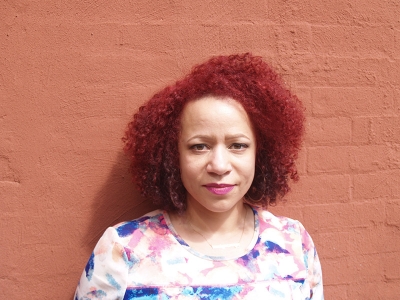 “Choosing a School For My Daughter in a Segregated City” 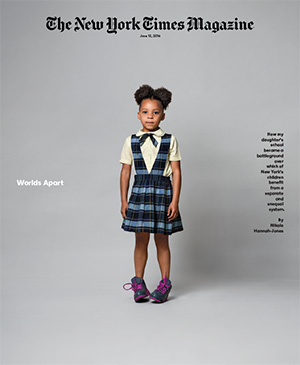 How is it that more than 60 years after the landmark 1954 Supreme Court decision in Brown v. Board of Education, American schools remain more segregated than they have been since the mid-20th century? Nikole Hannah-Jones’ cover story shows us that all of us — politicians, educators and parents — play a role in perpetuating a deeply unjust system.

Hannah-Jones writes: “In [New York] city, where white children are only 15 percent of the more than one million public-school students, half of them are clustered in just 11 percent of the schools, which not coincidentally include many of the city’s top performers. Part of what makes those schools desirable to white parents, aside from the academics, is that they have some students of color, but not too many. This carefully curated integration, the kind that allows many white parents to boast that their children’s public schools look like the United Nations, comes at a steep cost for the rest of the city’s black and Latino children.”

Hannah-Jones moves expertly from the story of her own childhood experience (riding a bus an hour each morning across town to the “best” public school in Waterloo, Iowa, where she was among a tiny number of working-class children and an even tinier number of black children) to a story about the school in Brooklyn she and her husband end up choosing for their daughter, which unexpectedly becomes embroiled in controversy when officials suggest that white children from an overcrowded mostly white school nearby might be moved to this mostly black school. Emotions run high with parents in the affluent school zone voicing outrage, attending public meetings, and lobbying against a change that would move their children into a school with poor children of color.

Drawing on years of reporting on segregation, Hannah-Jones brings together extensive data and social science research along with deep reporting and incisive analysis of the history of school segregation and its connection to housing segregation and racially motivated public policy. Her reporting has not only raised our awareness but forced us to reckon with the realization that no one — not our courts, not our schools, politicians or ourselves — has demanded that black and Latino children be educated as white children are.

Just weeks before Hannah-Jones’ story, the school’s chancellor was maintaining that the department had no role to play in integration, that it had to come organically. Now, the department is coming up with its first system-wide plan in decades.

Nikole has spent the last five years investigating the way racial segregation in housing and schools is maintained through official action and policy.

She has written extensively about school re-segregation across the country and the utter disarray of hundreds of school desegregation orders. She has also chronicled the decades-long failure of the federal government to enforce the landmark 1968 Fair Housing Act and wrote one of the most widely read analyses of the racial implications of the controversial Fisher v. University of Texas affirmative action Supreme Court case.

Nikole is writing a book on school segregation entitled The Problem We All Live With, to be published on the One World imprint of Penguin/Random House.

In 2016, Nikole helped found the Ida B. Wells Society for Investigative Reporting, a training and mentorship organization geared towards increasing the number of investigative reporters of color.