No Visible Bruises: What We Don’t Know About Domestic Violence Can Kill Us | Hillman Foundation
Skip to main content
Sign up to receive winner announcements, Calls for Entries, Sidney's Picks, invitations and more. 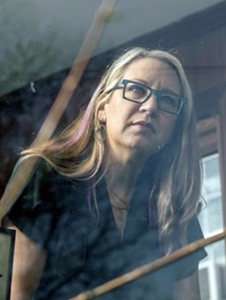 No Visible Bruises: What We Don’t Know About Domestic Violence Can Kill Us 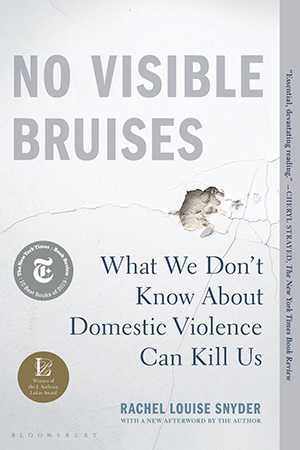 No Visible Bruises starts with the story of Michelle Mosure, a 23-year-old Montana woman who is murdered by her husband, Rocky, along with the couple’s two children, ages six and seven. Michelle had been a teen mom, but she still graduated from high school on time, and was studying nursing in college.

The system failed to protect Michelle and her children, despite ample warnings that Rocky was dangerous. Snyder uncovers the missed clues, making them the heartbeats of the book. She gives us context for what we don’t know we’re seeing.

Michelle’s story offers lessons for policymakers who want to save more women and children from abusive men. The deaths of Michelle and her children changed the way Montana handles domestic violence.

In America, domestic violence accounts for 15 percent of all violent crime, and yet it remains locked in silence, even as its tendrils invisibly reach into so many of our most pressing national issues, from our economy to our education system, from mass shootings to mass incarceration to #MeToo. We still have not taken the true measure of this problem, despite the World Health Organization deeming it a “global epidemic.”

Snyder frames this urgent and immersive account of the scale of domestic violence in our country around key stories that explode the common myths — that if things were bad enough, victims would just leave; that a violent person cannot become nonviolent; that shelter is an adequate response; and, most insidiously, that violence at home is a private matter, sealed from the public sphere and disconnected from other forms of violence.

The book is now being published in more than 20 countries in more than a dozen languages including Farsi and Mandarin. It’s set to be released in Russia where domestic violence is rampant and in South Korea and Japan, where it’s not even against the law. The book is now the centerpiece of a campaign headed by the Berkshire Police to mitigate domestic violence in one county in Massachusetts, on the ground evidence that Snyder’s work gives people a roadmap for the future.

Rachel Louise Snyder is the author of Fugitive Denim: A Moving Story of People and Pants in the Borderless World of Global Trade, the novel What We’ve Lost is Nothing, and No Visible Bruises: What We Don’t Know About Domestic Violence Can Kill Us. Her work has appeared in the New Yorker, the New York Times magazine, the Washington Post and on NPR. No Visible Bruises was awarded the 2018 Lukas Work-in-Progress Award and was a 2019 finalist for the Kirkus Award, the National Book Critics Circle Award, the LA Times Book Award, and the New York Public Library’s Bernstein Award for Excellence in Journalism. It was named one of the top ten books of 2019 from the New York Times. Snyder is currently an Associate Professor of Creative Writing and Journalism at American University and, in 2020-2021, she will be a Guggenheim Fellow.