The Price of Peace: Money, Democracy, and the Life of John Maynard Keynes | Hillman Foundation
Skip to main content
Sign up to receive winner announcements, Calls for Entries, Sidney's Picks, invitations and more. 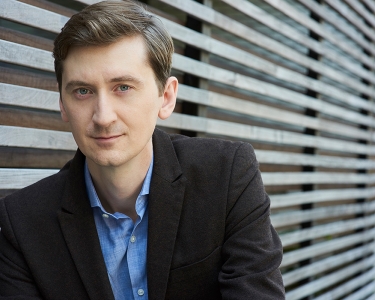 The Price of Peace: Money, Democracy, and the Life of John Maynard Keynes 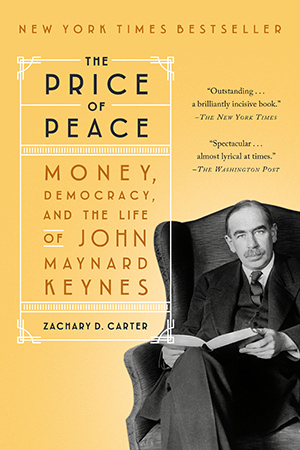 At the dawn of World War I, a young academic named John Maynard Keynes hastily folded his long legs into the sidecar of his brother-in-law’s motorcycle for a journey to London that changed the course of history. Swept away from his placid home at Cambridge University, Keynes found himself thrust into the halls of European treasuries to arrange emergency loans and traveled to America to negotiate the terms of economic combat. The terror unleashed by the war would transform him from a comfortable obscurity into the most influential and controversial intellectual of his day—a man whose ideas still retain the power to shock in our own time—and to revive economies that have spent decades in post-Keynesian decline.

As a moral philosopher, political theorist, economist of genius, and statesman, Keynes led an extraordinary life that took him from intimate turn-of-the-century parties in London’s riotous Bloomsbury arts scene and from the boardrooms of ballet companies to the fevered negotiations in Paris that shaped the Treaty of Versailles, which he famously and correctly predicted would impoverish Germany and undermine its fledgling postwar democracy. He showed a skeptical world, and an even more skeptical economics profession, how activist government could better ensure broad-based prosperity and political stability than the vagaries of laissez-faire, ideas that were the bedrock on which the postwar prosperity of the West was built. His more radical proposals for a global economic order not at the mercy of the markets, proposals he advanced as World War II was coming to an end, were not embraced by the powers that be, but still provide a compelling vision of the restructuring that today’s increasing unequal economies badly need.

Keynes was not only an economist but the preeminent anti-authoritarian thinker of the twentieth century, a man who devoted his life to the belief that art, ideas and enlightened public policy could conquer war and deprivation. His ideas transformed Enlightenment liberalism into a new theory of life, culture, peace, and prosperity.

Keynes reinvented Enlightenment liberalism to meet the harrowing crises of the twentieth century. In the United States, his ideas became the foundation of a burgeoning economics profession, but they also became a flash point in the broader political struggle of the Cold War, as Keynesian acolytes faced off against conservatives in an intellectual battle for the future of the country—and the world. Though many Keynesian ideas survived the struggle, much of the project to which he devoted his life was lost.

In this riveting biography, veteran journalist Zachary D. Carter unearths a forgotten set of ideas about democracy, money, and the good life that carry transformative implications for today’s debates over inequality and the power politics that shape the global order.

Zachary D. Carter spent 10 years as a senior reporter at HuffPost, where he covered economic policy and American politics. He is a frequent guest on cable news and his work has appeared in The New York Times, The Wall Street Journal, The Washington Post, The New Republic, The Nation, The American Prospect and other outlets.

Carter began his career at SNL Financial (now a division of S&P Global), where he was a banking reporter during the financial crisis of 2008. He wrote features about macroeconomic policy, regional economic instability, and the bank bailouts, but his passion was for the complex, arcane world of financial regulatory policy. He covered the accounting standards that both fed the crisis and shielded bank executives from its blowback, detailed the consumer protection abuses that consumed the mortgage business and exposed oversight failures at the Federal Reserve and other government agencies that allowed reckless debts to pile up around the world.

At HuffPost, Carter covered the implementation of the 2010 Dodd-Frank financial reform law, political standoffs over trade policy and the federal budget, and the fight over the future of the Democratic Party. The Price of Peace: Money, Democracy, and the Life of John Maynard Keynes was named one of the best books of the year by The New York Times, The Economist, Bloomberg, Publishers Weekly, Mother Jones, TechCrunch and other outlets.