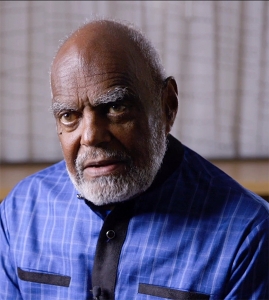 Founder and President, The Algebra Project

Robert P. (Bob) Moses is the President & Founder of The Algebra Project, which uses mathematics literacy as organizing tool to guarantee quality public education for all children in the United States. With support from the National Science Foundation, the Algebra Project works with middle and high school students who previously performed in the lowest quartile on standardized exams, proposing that they attain a high school math benchmark: graduate on time in four years, ready to do college math for college credit.

Moses was born and raised in Harlem, NY. He received an M.A. in Philosophy from Harvard University in 1957 and went on to direct the Student Non-Violent Coordinating Committee’s Mississippi Voter Registration Project from 1961-1964; and was a lead organizer for the 1964 Mississippi “Freedom” Summer Project, parachuting the Mississippi Freedom Democratic Party to the 1964 National Democratic Convention in Atlantic City.

Moses is co-author with Charles E. Cobb, Jr., of the book Radical Equations: Civil Rights from Mississippi to the Algebra Project (Beacon Press, 2001); and co-editor with Theresa Perry, et al., of Quality Education as a Constitutional Right-creating a grassroots movement to transform public schools (Beacon, 2010).

The Algebra Project is currently developing a national “We the People – Math Literacy for All” Alliance that is calling on the nation for direct federal investment and involvement in supporting mathematics literacy for all K-12 students.

During our current national and global conversation about the effects of racism on the lives of Black families, we look to luminaries like Bob Moses, a giant of the Civil Rights movement, who went on to devote his entire life to teaching math literacy to students of color. Bob is a true leader who never slowed down in his determination to undo the effects of racism in our society, and he and his life’s work embody the ideals cherished by Sidney Hillman and this eponymous foundation. Over the course of its now seventy-one years of awards and prizes, the foundation has honored only a few individuals with an Officers’ Award. They include such giants as Harry Belafonte, Martin Luther King, Jr., and Eleanor Roosevelt whose award was presented by Jacob Potofsky, the former president of the Amalgamated Clothing Workers of America and UAW president Walter Reuther. Bob Moses belongs in their company.