How the Word is Passed: A Reckoning with the History of Slavery Across America | Hillman Foundation
Skip to main content
Sign up to receive winner announcements, Calls for Entries, Sidney's Picks, invitations and more. 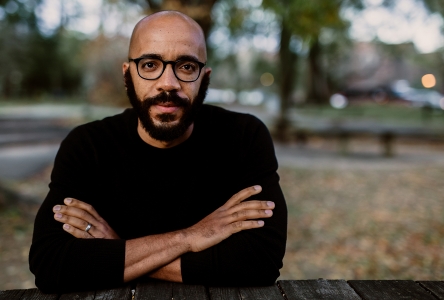 How the Word is Passed: A Reckoning with the History of Slavery Across America 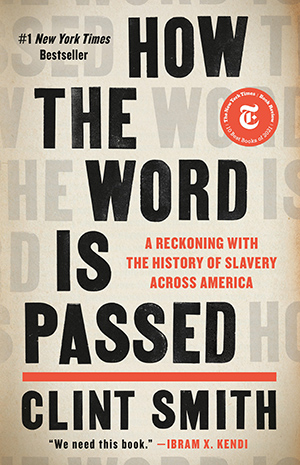 In How the Word Is Passed, teacher, poet and writer Clint Smith visits historical sites in America and West Africa to investigate how slavery and the Civil War are memorialized and taught. He explores how shame and nostalgia have twisted historical memory. He takes the reader on tours of Thomas Jefferson’s Monticello Plantation in Virginia, the estate where Jefferson wrote letters espousing the urgent need for liberty while enslaving over 400 people, and the Whitney Plantation, one of the only former plantations devoted to preserving the experience of the enslaved people whose lives and work sustained it.

At each site, he interviews tour guides, members of the public, and revelers about new information they have learned and reasons why they are there. He finds that many visitors are seeking affirmation of a mythical Confederate “lost cause” unrelated to preserving slavery.

He visits Angola, a former plantation turned maximum-security prison in Louisiana that is filled with Black men who work the 18,000-acre land for virtually no pay. And he visits Blandford Cemetery, the final resting place of tens of thousands of Confederate soldiers, on Memorial Day for an event organized by the Sons of Confederate Veterans where an SCV member tries to convince Smith that Black men served as officers in the Confederacy.

The result is an unforgettable tour of monuments and landmarks—those that are honest about the past and those that are not—that offer an intergenerational story of how slavery has been central to shaping our nation’s collective history, and ourselves.

It illustrates how some of our country’s most essential stories are hidden in plain view-whether in places we might drive by on our way to work, holidays such as Juneteenth, or entire neighborhoods—like downtown Manhattan—on which the brutal history of the slave trade has been deeply imprinted.

Informed by scholarship and brought alive by personal observation, on the ground reporting and conversations with people he encounters in these individual communities, Smith offers a clearer picture of the ongoing struggles over the meaning of historic sites—and the national culture war. He wonders what our country might look like if we had the collective courage to abandon comforting myths and confront our real history.

Clint Smith is a staff writer at The Atlantic. He is the author of the narrative nonfiction book, How the Word Is Passed: A Reckoning With the History of Slavery Across America, which was a #1 New York Times bestseller, winner of the National Book Critics Circle Award for Nonfiction, the Stowe Prize, and selected by the New York Times as one of the 10 best books of 2021. He is also the author of the poetry collection Counting Descent, which won the 2017 Literary Award for Best Poetry Book from the Black Caucus of the American Library Association and was a finalist for an NAACP Image Award. His writing has been published in The New Yorker, The New York Times Magazine, Poetry Magazine, The Paris Review. and elsewhere. Clint received his B.A. in English from Davidson College and a Ph.D. in Education from Harvard University.