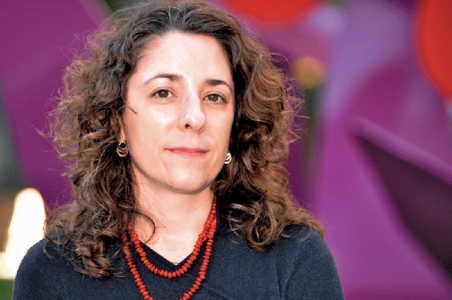 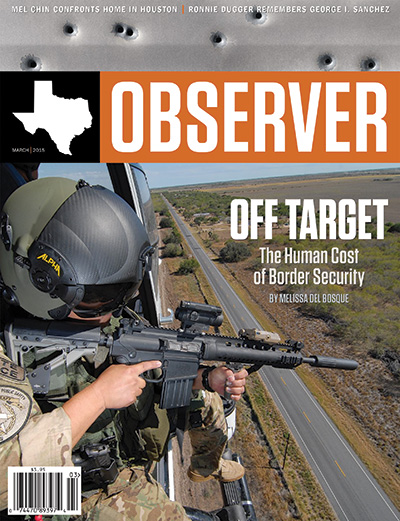 In October 2012, officer Miguel “Mike” Avila fired at least 18 shots from a helicopter into the bed of a speeding pickup. Avila wasn’t a soldier in a foreign combat zone. He was a peace officer with the Texas Department of Public Safety, patrolling the Texas-Mexico border. The officer suspected drug smuggling, but the truck’s cargo turned out to be human—six undocumented migrants hidden under a sheet. Two of the men were killed and a third was critically wounded.

In September 2013, a grand jury declined to indict Avila. The survivors of the shooting were deported to Guatemala. DPS banned helicopter sniping for high-speed pursuits. The story faded from the headlines.

That is, until Melissa del Bosque launched the first and only comprehensive investigation of the incident. She overcame intense official resistance to obtain video of the chase. She discovered that one dying man waited half an hour in the blistering heat for an ambulance to arrive; another was carted off to a freezing interrogation cell with hastily bandaged gunshot wounds.

Del Bosque set about finding the survivors. She tracked down one survivor in a Kachikel Mayan village in the Guatemalan highlands. She also located the parents of one of the deceased men in another nearby village. Even as they grieve for their son, they worry that they will lose their home to the loan sharks who paid for his doomed trip North. 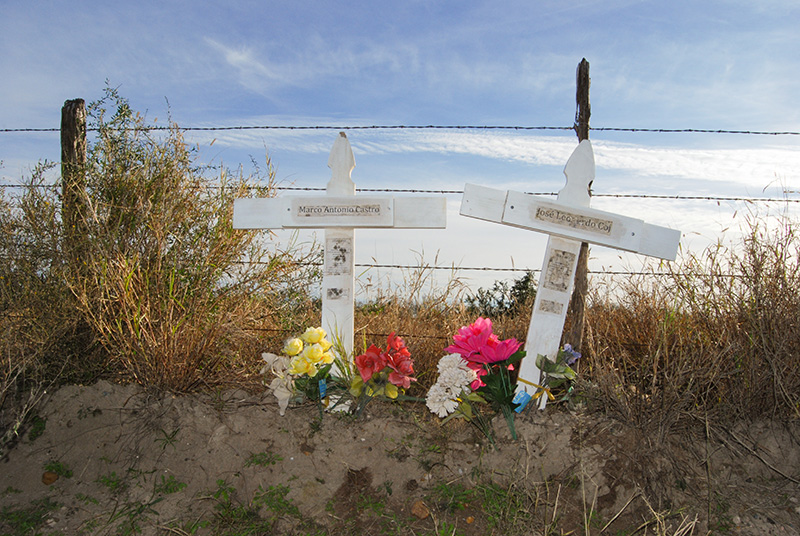 When “Death on Sevenmile Road” was published in March 2015, it had immediate impact. A civil lawsuit was filed by some of the victims’ families, and Texas lawmakers called for a new investigation into no-bid contracts between the Texas DPS and border-security consulting firms headed up by former military generals.

In addition to raising troubling questions about a deadly incident, del Bosque’s story shows how U.S. military involvement in Central America and the convergence of policing and border enforcement impacts migrants fleeing violence back home. “Death on Sevenmile Road” shows us the human cost of a militarized border. And the story shows the power of a determined reporter to reveal the misdeeds of officials and the suffering of vulnerable individuals.

Melissa del Bosque is an investigative reporter with the Texas Observer and a Lannan reporting fellow with The Investigative Fund at The Nation Institute. She has covered the U.S.-Mexico border since 1998 for various media outlets, including the Guardian, and the Mexico City-based Nexos magazine. Her work has also been featured on Democracy Now!, PBS, the BBC, and NPR. She has reported on topics including border militarization, economic inequality, the plight of unaccompanied migrant children in Mexico, and asylum seekers in the United States.

In 2015, del Bosque’s four-part series with the Guardian on migrant deaths on the U.S.-Mexico border won an Emmy and a National Magazine Award. Her 2012 investigative feature about massacres in the Juarez Valley, Mexico, was a National Magazine Award finalist and won awards from both the Association of Alternative News Media and the Pan American Health Organization. She has also been honored with the Casey Medal for Meritorious Journalism from the Journalism Center on Children and Families at the University of Maryland.